In today’s post the first story is about the cancellation of the only VVIP Airbus 380 that had ever been ordered. There was a big to do when the order was first signed, but the aircraft just languished in Airbus Toulouse site. Well, it’s that time of the year when the numbers come in from the previous year and the numbers paint a positive picture for our industry. The General Aviation Manufacturers Association has released its yearly numbers which shows that overall shipments of business aircraft were up over 4% from 2013 to 2014. Some more good news for our industry comes from JSSI which shows a year over year increase (2013-2014) of 4.4% in business aviation activity. We also saw an increase in business aviation activity showing a 14.8% increase from 2013 to 2014.

As always, let us know if you would like to see anything covered here.

Airbus Cancels Only VVIP A380 Order

Airbus has officially written off the order for the first, and so far only, VVIP A380. Saudi prince Alwaleed bin Talal bin Abdulaziz Alsaud placed the order in 2007. The 5,930-sq-ft cabin interior was neither designed nor installed. 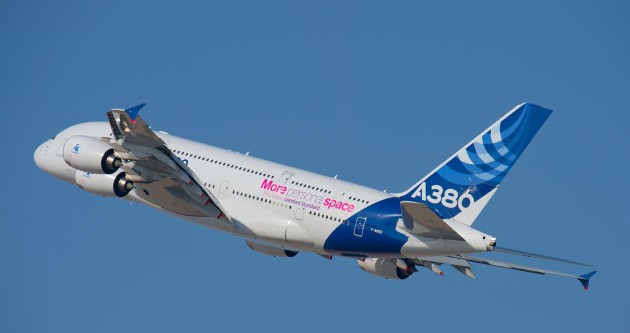 “The aircraft was originally a flight-test A380. A few years after the 2007 order, Al Waleed resold the aircraft. Time passed and the aircraft was sitting in Toulouse, without any passenger equipment, without being delivered,” an Airbus Corporate Jets spokesman told AIN. The company decided to cancel the order in December. Airbus still owns the aircraft but does not know what its future is, he said.

The General Aviation Manufacturers Association (GAMA) today released the worldwide 2014 year-end aircraft billing and shipment numbers at its annual “State of the Industry” press conference at the Newseum. 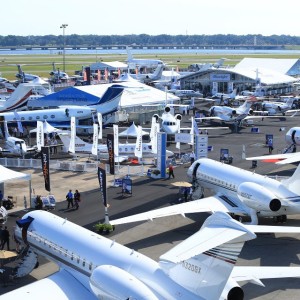 GAMA President and CEO Pete Bunce reported that, for the year, total worldwide general aviation (GA) airplane shipments rose 4.3 percent, from 2,353 units in 2013 to 2,454 units in 2014. Billings for GA airplanes worldwide increased to $24.5 billion, up 4.5 percent from $23.4 billion in 2013. This fixed-wing billings increase marks the second-largest sales value recorded after 2008, when billings were $24.8 billion.

Shipments of piston-engine airplanes were positive, rising 9.6 percent in 2014. Business jet shipments also rose 722 units, an increase of 6.5 percent from the 678 business jets shipped in 2013. Turboprop shipments declined, however, by 6.5 percent to 603 units. Rotorcraft shipments slowed for both piston and turbine aircraft compared to the previous year. A total of 230 rotorcraft and 741 turbine rotorcraft were shipped in 2014, which is a 31.3 percent and a 22.4 percent reduction, respectively, from the strong deliveries posted in 2013.

“The mixed results among segments indicate that the general aviation manufacturing industry is still facing headwinds given the tepid U.S. economic recovery and the political and economic uncertainies in Europe,” GAMA President and CEO Pete Bunce said. “The 2014 year-end numbers make crystal clear the need for GAMA’s priorities in 2015 – specifically, reform that facilitates the introduction of new safety-enhancing products to market, reduces the inconsistent application of regulations, and strengthens the global engagement and cooperation among aviation authorities. We will continue to press forward on these issues, especially as the FAA reauthorization moves forward this year in the U.S. Congress and major general aviation regulatory change takes shape in Europe.”

Note: AgustaWestland 2014 Q4 data was not available at the time of publication, but will be released on March 18, 2015. For the purpose of comparison in this table, GAMA has removed 2013 Q4 data for AgustaWestland.

Read the press release on Gama.aero »

“While the pace of the US economic recovery gained steam, an economic slowdown throughout the world certainly had an impact on flight hours,” said Neil W. Book, President and Chief Executive Officer of JSSI. “There were still some bright spots worth noting, where we saw solid growth in the real estate industry and business jet charter. Solid charter numbers are promising, because they represent business jet usage across a wide range of industries. Regionally, the North American market remained consistent with the prior year, but Europe and the Middle East saw nearly 10% growth between 2013 and 2014.”

While overall flight hours grew at a slower pace than the last few years, by industry, Real Estate led the way with double digit growth in the last quarter (10.8%) while the Aviation Industry had the strongest gains for the year (4.4%.) Conversely, Manufacturing (-13.7%) and Construction (-6.9%) contracted significantly in 2014.

When looking at the data by region, Business Aviation experienced growth from Q3 to Q4 in only two markets – Central America and South America.

Book continued, “Due to the cyclical nature of business travel, the fourth quarter is often less active than the third quarter. Therefore, it is very encouraging to see quarter over quarter growth in Central and South America.”

Observing Business Aviation activity by aircraft type provides insight as to exactly how the business community is flying. For the first time, the JSSI Business Aviation Index is releasing annual data on helicopter usage:

“It is a good sign to see the strong growth in the large cabin sector. This is an excellent indicator that the large corporate flight departments are using their aircraft for business all over the world. With the decline in the cost of fuel, coupled with less negative rhetoric toward the business aviation community coming out of Washington, we are very optimistic for a strong 2015,” continued Mr. Book.