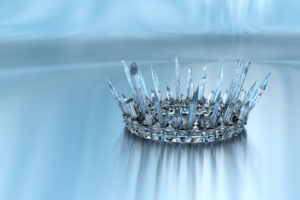 When taking flight around the world, you want to enjoy the best flight charter companies. At JetOptions, you can fly in luxury, much like world dignitaries, C-level leaders, and high-profile individuals.

You may recognize the name Roman Abramovich. He owns a villa that once was home to the Duke and Duchess of Windsor. He has a $36.4 million 14,300 square foot home in Colorado and a yacht that cost $300 million to build. His holdings include a Boeing 767-33A from one of the top-flight charter companies. At an $85 million price tag, this jet has a dining and meeting room, along with an antimissile defense system. Luckily, at a net worth of $7.8 billion, Abramovich wasn’t deterred by the high price of the paint job or by the cost of gutting the plane.

Abramovich’s assets include Francis Bacon’s “Triptych, 1976” sold to him for $86.3 million. This ranks as the most expensive contemporary artwork ever sold at auction. This purchase outshines the $33.6 million he spent on Lucian Freud’s “Benefits Supervisor Sleeping.” With his jet from one of the top-flight charter companies, he can enjoy art all around the world at his pleasure.

Google’s Sergey Brin and Larry Page have a Boeing 767-200 privately owned by the executives. This jet is estimated to come in at the cost of $82 million. NASA has granted the Google cofounders flight charter companiesprivate jet landing rights at Moffett Field. Moffett Field is NASA run, adjacent to the Google compound, and is used strictly for military and government use. All other private and commercial air traffic is prohibited.

Commercial Airliner Jets are Modified for Private Use

The aircraft from the Boeing company originally had a seating capacity for 180 individuals. To meet the needs of the corporation, it was reconfigured to seat just 50. While details of the renovation have been kept secret by the co-founders, it was revealed that Leslie Jennings was commissioned to work on Boeing. Jennings is a platinum-level aviation designer. Her experience includes work for Microsoft co-founder Paul Allen, as well as royalty and other dignitaries. The business relationship between Jennings and the Google co-founders dissolved, later leading to litigation.

If you’re a fashion aficionado or simply like to live like a fashion designer with the best flight charter companies. You may wish to indulge in a Gulfstream G650 like designer Ralph Lauren. This “small” jet accommodates 11-18 passengers and is known for its speed. $65 million is a reasonable price for the fashion mogul, reportedly worth $7.1 billion.

Flying the farthest and longest distance in its class, this powerful jet is powered by two Rolls-Royce engines.  It flies close to the speed of sound and soars high above inclement weather and air traffic. This jet usually has a hefty wait-list, so you can always buy one second-hand, or you can enjoy chartering one through JetOptions.

Fly using only the best jet charter companies. Book with JetOptions! Call or email our aviation professionals for your next booking.