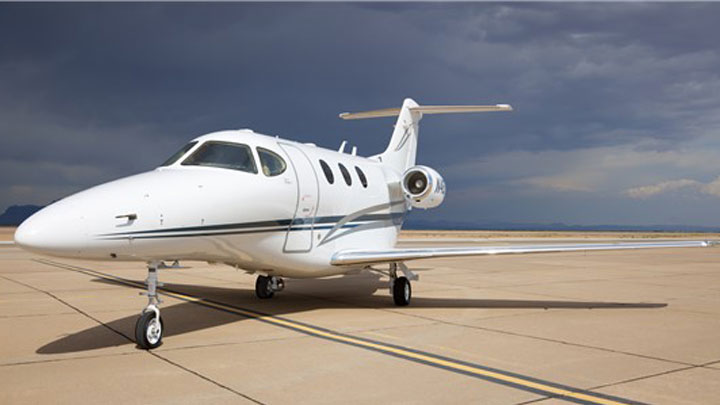 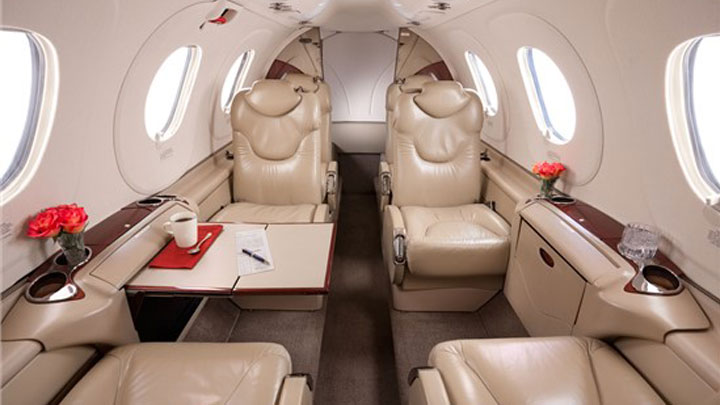 With six-passenger cabin seating, 450-knot cruise, and fighter-like climb performance, the Premier 1A is the largest airplane in the light jet class. Raytheon had a goal in designing its first light corporate jet, Premier 1, and it was to create a high-performing private jet with minimal acquisition and operating costs. They did this successfully in 2001 when Premier 1 gained FAA certification. It was the first composite fuselage business jet to do so. Four years later, the Premier 1A was certified as the largest single-pilot business jet in the world by Raytheon and Hawker.

The Premier 1A cabin is one of the biggest for a private jet of its size, seating six or seven passengers in a 315 cubic-foot cabin. Measurements are 13.5 feet long, 5.5 feet tall, and 5.5 feet wide. The cabin is designed with a contoured headroom style for maximum passenger comfort. Fold-out tables on both sides of the aircraft, LED lighting, and fully reclinable, extra-wide, contoured seats further prove the aircraft’s comfort.

The Premier 1A can take off in 3,792 feet and climb to 37,000 feet in seventeen minutes when loaded to its maximum takeoff capacity of 12,500 pounds. Its cruise speeds can reach 451 ktas (.80 Mach), and it can fly 1,380 nautical miles. It has a certified ceiling of 41,000 feet. The swept wings on the Premier 1A are an original design from Raytheon. The unique design minimizes drag and increases cruise speed and high altitude capabilities. Although the wing was enlarged to add 250 pounds of fuel than was originally planned, the Premier 1A still manages a short enough takeoff distance to utilize small airports.