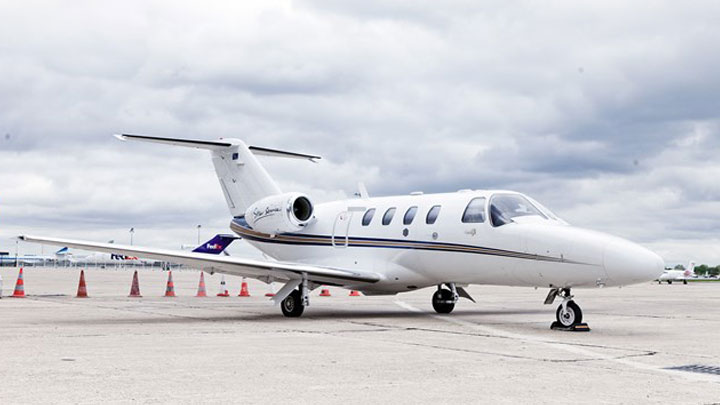 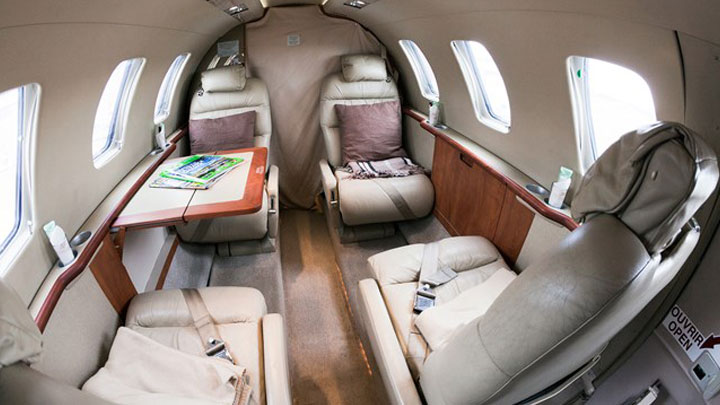 The CJ1 is the second generation of the successful Citation series. The CJ1 is a light jet that seats five-six passengers. It has a 1,300 nm range and has a maximum cruising speed of 447.41 mph. Another of the CJ1’s strong points contributes to its low operating cost: its flight systems’ simplicity (and reliability). It uses the Pro Line 21 avionics package, complete with PFD (Primary Flight Display) and MFD (Multi-Function Display) flat-panel screens. The CJ1 is the first business jet equipped with these screens (except for the gigantic Boeing Business Jet). Other models of the CJ1 are the Citation M2.

The CJ1 is extremely easy to fly and can be single-pilot operated. Despite the CJ1’s economy in flight, it allows for a surprisingly high payload. Its three baggage compartments can carry up to a total of 832 pounds of luggage. The CJ1 was explicitly designed to be able to operate on short runways. At sea level, the CJ1 can take off in 3,080 feet; on runways at an altitude of 5,000 feet, its takeoff distance increases to a mere 5,710 feet. The CJ1 is exceptionally fuel-efficient, burning an average of 134 gallons per hour. The economy of its fuel burn can be primarily attributed to Cessna’s choice of engines. It uses two Williams/Rolls-Royce FJ44-1A turbofans, each of which delivers 1,900 pounds of thrust on takeoff.