At the National Championship Air Races in Reno, spectators get to watch low-altitude wingtip-to-wingtip racing action around a set racecourse. That’s the main event, but the 200,000 onlookers are also treated to fantastic military and civilian aerial demonstrations. When a group of highly modified WWII aircraft or high-performance kit-built airplanes aren’t furiously circling the course, a series of stunt pilots and aerobatic performers put on a show. This year, though, attendees got to see something a little different. 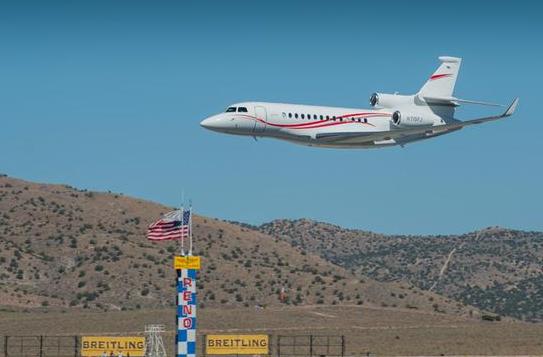 Each day at noon, French aircraft manufacturer Dassault Falcon flew a solo lap around the circuit in its flagship Falcon 7X trijet. The flight was for exhibition only; the plane did not officially compete in the races. But with a top speed pushing 600 mph and impressive maneuverability, the 7X would make for fine competition among the other fast movers in the Jet Class. Not bad for a business jet.

The 7X was born from technology found in the company’s military fighter aircraft like the Rafale. That includes becoming the first business jet with a digital fly-by-wire flight control system. Since certification in 2007, Falcons have become known known for their robust design, unparalleled flying qualities, and spacious quiet cabins.

Continue reading about the Dassault Falcon 7X on popularmechanics.com>>

The portfolio consists of more than 300 aircraft in the US, Canada, Mexico and Latin America. It is made up of both loans and leases.

“We are investing heavily in growing the business both organically and through strategic acquisitions such as this one with GE. This is a prime example of our industry expertise and investment capital coming together to evaluate and identify an opportunity to expand the business in a disciplined, carefully measured way,” said Shawn Vick, executive director of Global Jet Capital. “The price point of these business aircraft range between $25 and $75 million on average, and corporate users and high net worth individuals will seek competitive financing solutions rather than allocate their own cash resources which are better invested in their own businesses.”

There were 4.3% fewer business aviation flights in September 2015, versus the same period in 2014.

According to WINGX Advance’s September Business Aviation Monitor, there were significant drops in flight activity in key business aviation markets in Western Europe.

The steepest drop was in the UK, where an eight percent year-on-year drop was recorded, with similar declines also seen in Italy, Spain and Switzerland.

The steepest drops in activity were seen in Russia, Turkey and Estonia, with all three countries seeing double digit declines.

Whilst most of Europe saw a slowdown in activity, there were a few countries where the flight activity has risen.

Iceland, Portugal and the former Eastern bloc countries helped Europe’s activity trend for 2015 to be -1.4%.

This story is another reason why private jet charter is better than commercial:

No, Airbus, I Don’t Want to Be Stacked

No thank you, Airbus, I don’t fancy sitting on top of other passengers in an A380 or larger plane, and worrying about more people breathing the same recycled, often staler, air pumped into the cabin. 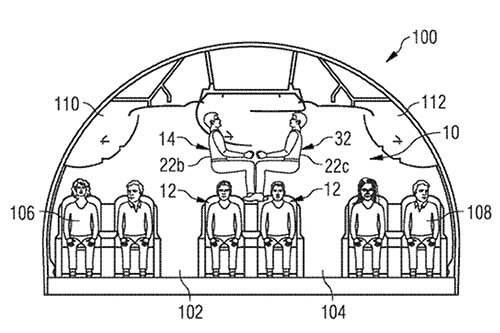 Reports have been emerging that Airbus filed a U.S. patent application this month to stack passengers on two levels within the same cabin.

Continue reading about Airbus on Huffingtonpost.com>>