Expectations for the Falcon 5X were high in June 2015 when the Dassault Aviation rolled out its largest and most advanced business jet at the company’s final assembly plant in Merignac, France. And they still are, except for one thing—the Super Midsized twinjet will not enter service until the first half of 2020, three years later than planned due to engineering problems with the Snecma Silvercrest engine. 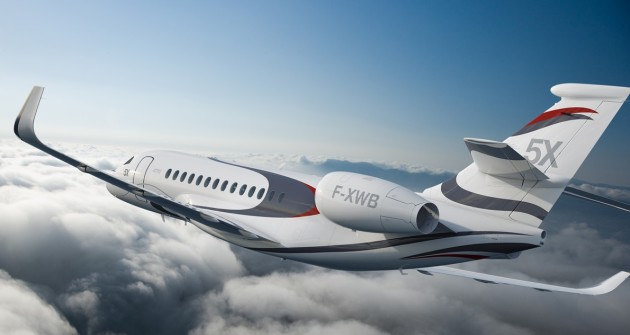 Ground and flight tests last year revealed engine-case distortions caused by high temperatures. Dassault Aviation Chairman and CEO Eric Trappier indicated late last year that resolving the problems would require no structural modification to the aircraft, but that no longer is the case. Some structural redesign will be necessary, according to a company official.

Dassault expects its Falcon 5X to be as strong a seller as the 7X, the fastest selling Falcon jet the company has ever built. But the new aircraft will enter service at least three years late.

At least one industry observer believes the delay will have little or no impact on the overall success of the program. Richard Aboulafia, vice president, Analysis, at Arlington, Va.-based Teal Group, an independent market-research firm, said: “There’s a lot of technology in this engine to mature, which means that Dassault will have to endure some short-term pain. Then I expect the 5X to be a great seller, because the airplane offers a fantastic cabin for its price point.”

Continue reading about the Dassault Falcon 5X on Forbes.com>> 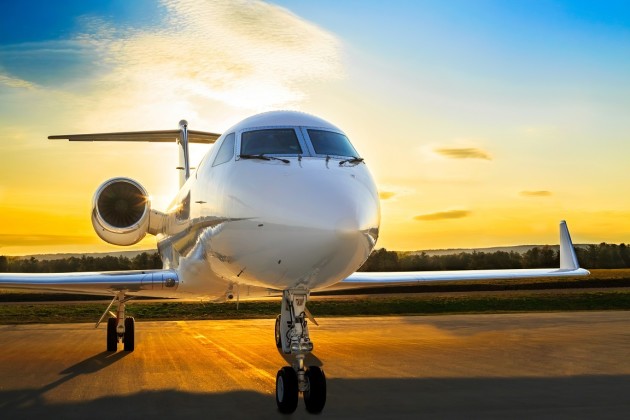 FANS 1/A+ uses automation and satellite-based technology to improve aviation communication, surveillance and traffic management. It will allow Gulfstream’s nearly 325 GIV-SP operators to comply with worldwide mandates for the most efficient routing to and from Europe and North America.

“Like our solution for GV aircraft, this system was developed by Gulfstream and Honeywell to fully integrate with the GIV-SP flight deck,” said Derek Zimmerman, president, Gulfstream Product Support. “It is not a stand-alone system. The full functionality of the flight management system — auto throttle, auto pilot, vertical navigation — is retained. Operators will save time and fuel with access to preferred routing across the North Atlantic Ocean, and training on the system is fast since flight crews are already proficient with the flight management system and control display unit.”

Operational mandates require FANS 1/A+ for the most wind-efficient North Atlantic Ocean flight tracks. Some Pacific Ocean routes are also affected. After Jan. 30, 2020, aircraft without FANS 1/A+ will not be allowed to operate in Minimum Navigation Performance Specification airspace, which includes most North Atlantic routes.

Dassault Aviation’s new flagship, the Falcon 8X, is entering the final stages of its flight test and certification program as work proceeds to prepare the ultra-long range trijet for initial delivery. 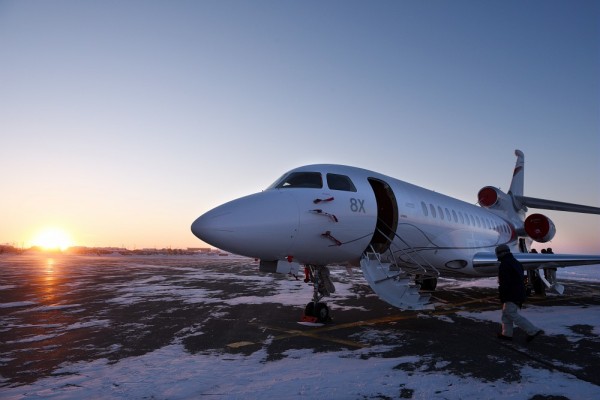 The three aircraft in the flight test program have nearly completed all certification test requirements, and to date have accumulated over 650 flight hours in 325 flights. 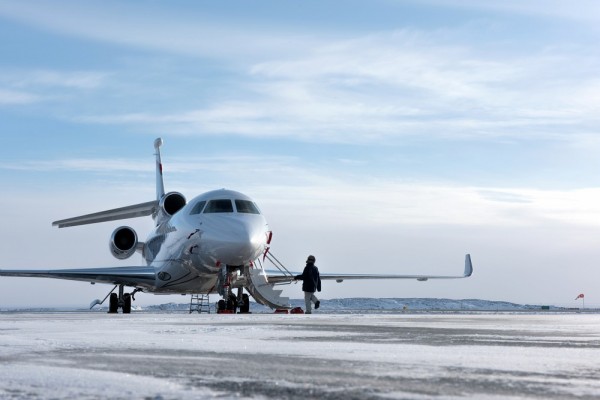 After undergoing thermal, acoustic and cabin amenity testing at the Little Rock Completion Center, s/n 03, the first 8X equipped with a fully fitted interior, returned to the Istres Flight Test Center near Marseille earlier this month to prepare for cold soak trials. Intended to demonstrate aircraft system functionality under extreme weather conditions, the soak trial campaign was conducted at Rankin Inlet, Nunavut, on the northwestern shore of Canada’s Hudson Bay, from March 9-11.

Continue reading about the Dassault Falcon 5X on Dassault-Aviation.com>>

Bombardier is the first business aircraft OEM to incorporate the fastest worldwide onboard connectivity solution, powered by next-generation Honeywell Aerospace and Inmarsat technology
Passengers can now stage a video conference, browse the Internet or stream online shows high above land and water, as seamlessly as they would on the ground
Solidifies Global 5000 and Global 6000 aircraft position as the leading choice for business travel providing ultra-high-speed Internet access, consistent performance and seamless coverage across the globe

The new system, which allows business aviation passengers to browse the Internet, stream online media and stage a video conference high above land and water as seamlessly as they would at home or in the office, is now available as an option for new Global 5000 and Global 6000 aircraft customers and will also be offered as an upgrade option on Global aircraft currently in service.