Continuing the recent trend of major oil companies scaling back their general aviation commitments, ExxonMobil confirmed to AIN today that it has decided to exit the general aviation fuels business and dissolve its network of Avitat-branded FBOs. The withdrawal affects the brand’s FBOs both within and outside the U.S., and according to a company spokesperson it “reflects the changing business conditions in a highly competitive environment.” 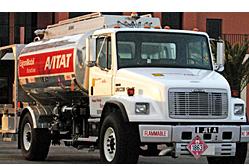 The spokesperson told AIN that the company will continue to provide support in a phased withdrawal as individual FBO contracts expire, and is expected to be completed by the end of next year. Involved in the decision are 25 FBOs in the U.S., as well as 18 international locations.

The news did not come as a surprise to many in the network. “The writing was on the wall and everyone knew it,” said one Avitat operator, who wished to remain anonymous. “It was a little bit of a bomb drop to have done it so quickly without a succession plan in place.”

According to an industry source, the individual FBO locations hope to remain associated as an “elite brand,” and discussions are taking place regarding possibly maintaining the Avitat brand name, as well as deciding on a new fuel supplier. Operators emphasized that service to their customers will not be affected.