This is from the Lincoln Journal Star:

It was nearly five years ago that executives from the Big Three automakers flew private jets to a congressional hearing on a possible government bailout of their industry, which started a backlash against corporate aviation. The backlash led to a huge drop in corporate flying at the end of 2008 and into 2009, as companies parked their jets amid a faltering economy and public criticism. It didn’t take long for the effects of that backlash to be felt locally: In spring 2009, Duncan Aviation announced the first layoffs in its more than half a century in business.

Corporate flying mostly has recovered, and so has business at Duncan, but private flying overall remains depressed.

According to the Federal Aviation Administration, the number of general aviation aircraft in service — which includes everything from corporate jets to experimental and sport planes — is not forecast to reach 2007 numbers again until 2023, and the amount of flying is not expected to get back to 2007 numbers until 2024.

Todd Duncan, chairman of Duncan Aviation, said the general aviation industry “is still an industry in real pain.” He said his company definitely has noticed that general aviation numbers are down. Duncan said much of the reason is that the economics of private flying are not as favorable as they used to be. Fuel and other operations costs have become more expensive, for instance. People who fly for business purposes often can justify those costs, he said, but people who fly for fun can’t. “I think it’s the small hobbyists that really take a hit on this,” Duncan said.

The FAA numbers seem to bear that out. According to the FAA, the number of hours flown on planes with turbine-driven jet engines, which includes small jets used in corporate aviation, is forecast to hit 3.97 million this year. That’s more hours than were flown in 2007. On the other hand, the number of hours flown on piston-driven single-engine planes, which most often are owned and flown by private individuals, is forecast to be 11.3 million this year, down from 13.6 million in 2007.

John Wood, executive director of the Lincoln Airport, said the number of private planes based at the airport has remained steady, “But one needs to assume they are not flying as much.” Larry Geiger, a local developer who owns his own plane, said he personally hasn’t reduced the amount he flies, but he knows plenty of people who have. “As a general rule, people are cutting back,” Geiger said.  He said what makes a big difference in whether a private pilot still can afford to fly is what kind of plane he has. Those who fly experimental and sport planes are in much better shape than those who own a certified plane, such as a single-engine Cessna. Geiger, who flies an experimental plane, said it’s much cheaper, because you can use automotive fuel — he uses premium unleaded — and do your own maintenance. And today’s experimental planes are much more sophisticated than they used to be — Geiger recently flew his to Alaska. FAA statistics show that the number of hours flown on both experimental and sport aircraft this year are forecast to be above 2007 levels. Geiger said he expects private flying to move more and more toward experimental and sport planes, not only because of the cost, but because of fewer regulations.

As for corporate aviation, there is still some criticism, and President Barack Obama continues to call for the repeal of a tax break related to corporate plane ownership, but the industry seems to have largely bounced back.

“On the flying side, I’d say it’s steady but down from where it was five years ago,” Duncan said. His company has largely rebounded from its low point in 2009, with an expansion in full swing. Duncan Aviation opened an $11.5 million, 45,000-square-foot state-of-the-art paint shop last year. Currently under construction is a 175,000-square-foot facility that will house two maintenance hangars, shop space and offices. It is scheduled to open next June. Some of Duncan’s growth is spurred by the return of corporate flying, but much of it is due to strategic decisions the company made. Duncan said the company put together a 10-year plan and decided to concentrate on specific segments of the industry, one of which is servicing larger business aircraft, which is the main reason for most of its physical expansion. The company also has invested more in employee training, planning to spend 50 percent more this year than it did in 2009. Duncan said the best news is that job numbers are back to where they were before the 2009 layoffs.

“We’re cautiously optimistic,” he said, “but at the same time we’re really cautious with every job.” 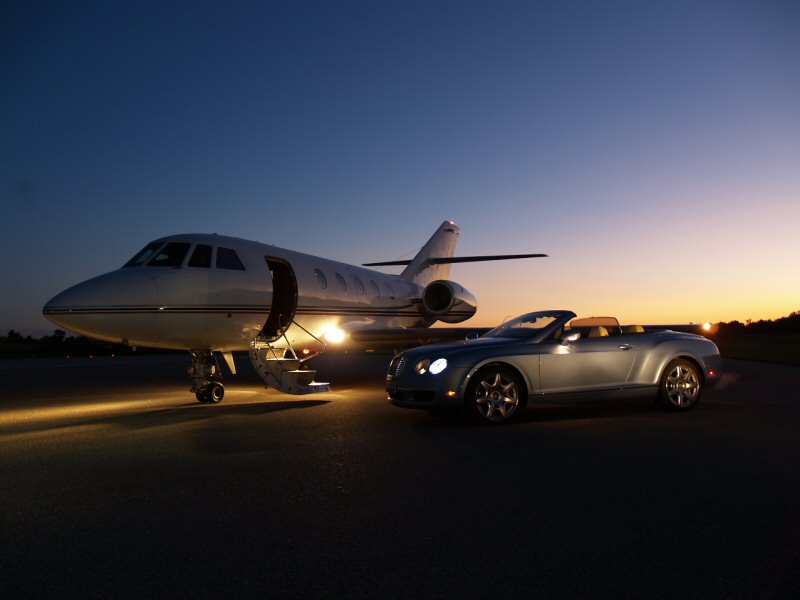