Embraer Executive Jets said last week that it will announce enhancements to its current business jet portfolio, including a “new version” of its Lineage 1000 bizliner, at the NBAA Convention next month in Las Vegas. JetOptions will be attending the NBAA convetion in Las Vegas. In addition, the Brazilian manufacturer’s midsize Legacy 500 will make its NBAA debut at the static display at Las Vegas Henderson Executive Airport. Also at yesterday’s press briefing, which was held at Embraer’s São Jose dos Campos headquarters, executives said the company will feature a “2014 edition” of the Phenom 100, new interior design for the Legacy 500, “capabilities enhancement” of the Legacy 450 and the aforementioned new version of its flagship Lineage 1000. However, they declined to publicly disclose details of the enhancements before the NBAA Convention. Embraer will have a large presence at the show, exhibiting five executive jets–the Phenom 100 and 300, Legacy 500 and 650, and Lineage 1000–on static display at Henderson, as well as a cabin mockup of the “mid-light” Legacy 450 at its booth in the convention hall. Meanwhile, the Legacy 450 is advancing toward its first flight, planned for this year. Reporters viewed the first fuselage undergoing final assembly in Embraer’s F-30 building. That aircraft, designated EMB-545, will be one of two prototypes built for the flight-test program. 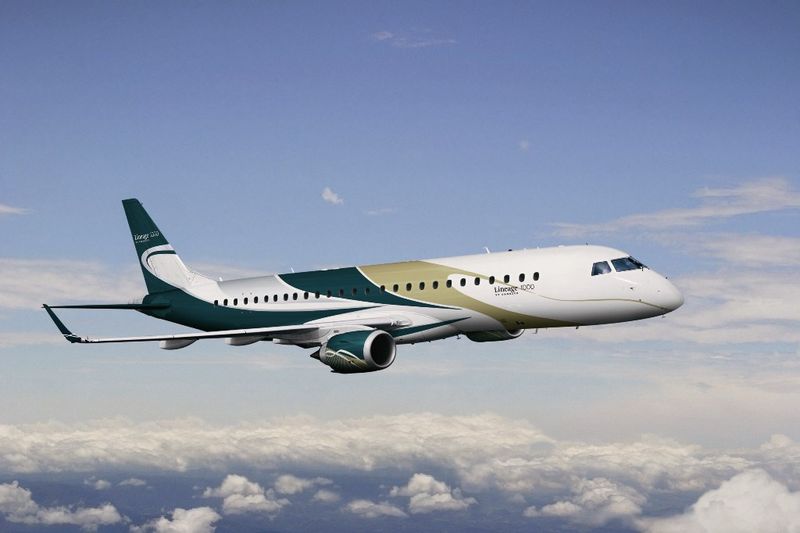