The Embraer Legacy 500 development program has recently achieved “several significant milestones” as the fly-by-wire midsize business jet gears up for its first flight in the third quarter, the Brazilian aircraft manufacturer said today. Milestones include taxi runs and the beginning of ground vibration tests on the first Legacy 500 prototype, as well as developments in the second and third prototypes. Concurrently, the joint definition phase has started for its smaller sibling, the Legacy 450. “We have achieved key milestones that make us confident we will perform the Legacy 500 first flight in the third quarter of this year, as planned,” said Embraer Executive Jets COO Marco Tulio Pellegrini, Sr. “The tests demonstrate the aircraft is mature regarding systems design and integration.” The Legacy 500 first prototype began taxi tests, achieving 40 knots and then 80 knots, and ground vibration tests in March. At the same time, the wing fuselage mating and first power on were completed on the second prototype, while the third prototype also completed the fuselage mating. The third prototype will be the first Legacy 500 with a complete interior. Meanwhile, an iron bird is being used to evaluate the equipment and components of the fly-by-wire flight controls, avionics, hydraulics and several other system interfaces. To date, the iron bird has logged more than 1,700 hours of testing. The $18.4 million Legacy 500 is slated to enter service later next year, while the 450 will follow by a year. 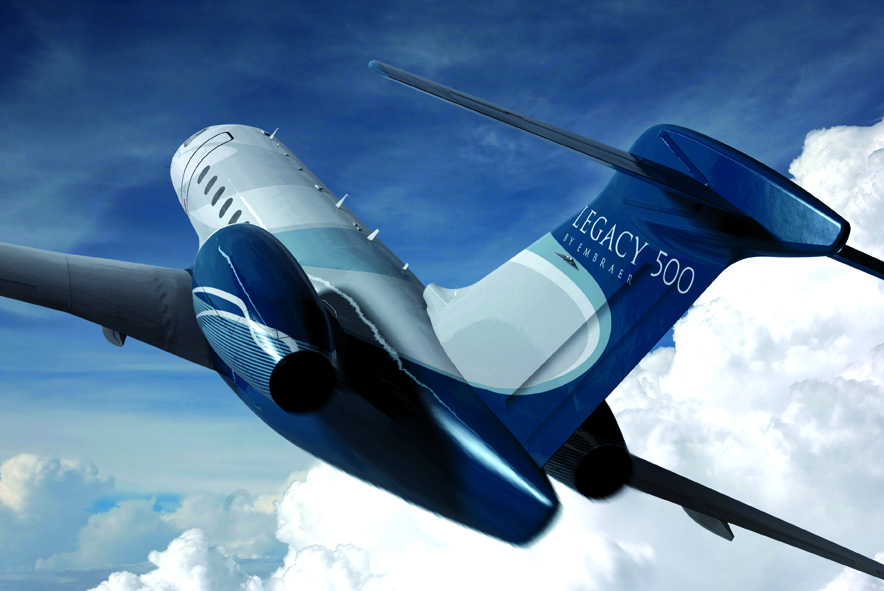