Embraer Legacy 500 Is Ready for Wings

Work is progressing on the prototype of Embraer’s new midsize Legacy 500, and the Brazilian aircraft manufacturer says it is on schedule to fly the $18.4 million twinjet by year-end. The first aircraft will be receiving its wings “imminently,” according to the company, and the three fuselage sections on the second prototype were mated at the end of last month at Embraer’s plant in São José dos Campos. The Legacy 500 and its slightly smaller sibling, the Legacy 450, are clean-sheet designs that are intended to have 95 percent systems commonality. In addition to sharing the Rockwell Collins Pro Line Fusion cockpit, both twinjets will feature full fly-by-wire flight control systems, making them the only aircraft below the $50 million price bracket to offer such technology. The Legacy 500 is expected to have a 3,000-nm range with four passengers and 6,000-foot cabin altitude at its maximum altitude of 45,000 feet. Brazilian ANAC and FAA certification of the Legacy 500 is anticipated in the second half of next year, with the Model 450 to follow about a year later. 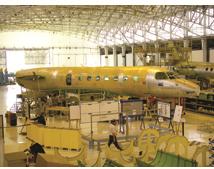