Embraer Executive Jets announced yesterday that the first part was milled last week for its Legacy 450, ushering in the start of the mid-light twinjet’s fabrication. The first part, an unspecified component of the forward fuselage, was milled from a block of aluminum alloy. Once completed, the part was approved by a quality control process that employed the use of laser devices for design validation with the digital mockup. This first metal cut comes after completion of the joint definition phase for the aircraft in May. The detailed design and certification phase is ongoing and the critical design reviews are scheduled to be completed by the end of this month. For both the fly-by-wire Legacy 450 and 500, Embraer has completed more than 8,000 systems test hours, with 2,500 hours logged on the “iron bird” since November 2010. Legacy 500 S/N 001 is continuing the completion of its pre-flight testing program, having completed taxi, ground vibration and fuel system tests. The aircraft is on track to fly later this year, Embraer said, followed by certification late next year. Approval of the slightly smaller Legacy 450 is slated to follow by about a year. 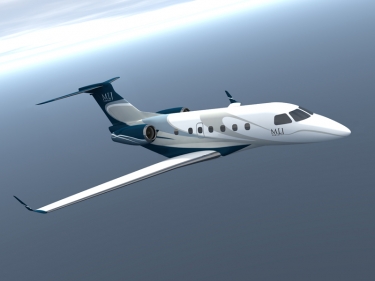