Embraer‘s business-aviation results for financial year 2012, released last week, were flat, with deliveries of 99 business jets equaling the number in 2011. In 2011, the Brazilian OEM provided 83 light jets and 16 large jets. Last year those numbers shifted, with deliveries of 77 light jets and 22 more profitable big jets, boosting exec jet income by more than 20 percent last year. While Embraer described 2011 as a year “marked by signs of a continued recession, mainly echoing from Europe,” the company saw last year as “marked by both positive and negative signs of market recovery.” Positive indicators included increasing U.S. corporate profits and record growth in the number of millionaires worldwide. Embraer nonethe less cited as cause for caution slow economic growth around the world, uncertainties regarding the future of European economies, stagnation of the pre-owned aircraft market and reduction
in utilization of business jets. You can charter every jet in the line of Embraer business jets from JetOptions. 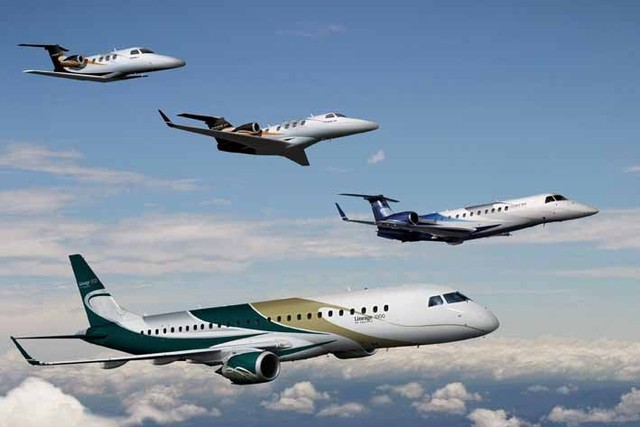