“This is an exciting day for Eclipse Aerospace and for general aviation,” says Mason Holland, Eclipse Aerospace CEO. “With the Eclipse 550, we’ve built a high performance light jet that includes advanced technologies and safety features that have traditionally been found only on much larger cabin class business jets and commercial aircraft. Our customers asked for the latest technologies such as auto throttles and a more dynamic pilot interface, and we responded to those requests and are now delivering to ecstatic customers.”

Holland continues: “The Eclipse 550 is a ‘game-changer’ aircraft that fits in the new value-driven economy, attracting operators looking for an advanced jet aircraft with excellent performance and economic efficiencies that allow for maximizing every travel dollar. Many new Eclipse 550 owners are upgrading from turboprop or piston aircraft, looking for the speed and enhanced safety of a twin-engine jet at an affordable price point. The simplicity, safety, and ease of operation make the Eclipse 550 an extremely attractive choice.”

Eclipse Aerospace announced the start of production of the Eclipse 550 Jet at their Albuquerque facility in June of 2012. Since then, EAI has engaged in a major effort to validate and improve their manufacturing processes in order to bring a renewed efficiency to Eclipse 550 production. Eclipse Aerospace has also recertified the complete supplier base and improved many of the subsystems in the original Eclipse 500 design. With almost 300,000 fleet hours and customer feedback to draw from in improving the Eclipse Jet, the new system upgrades in the Eclipse 550 will provide world-class reliability and maintainability. 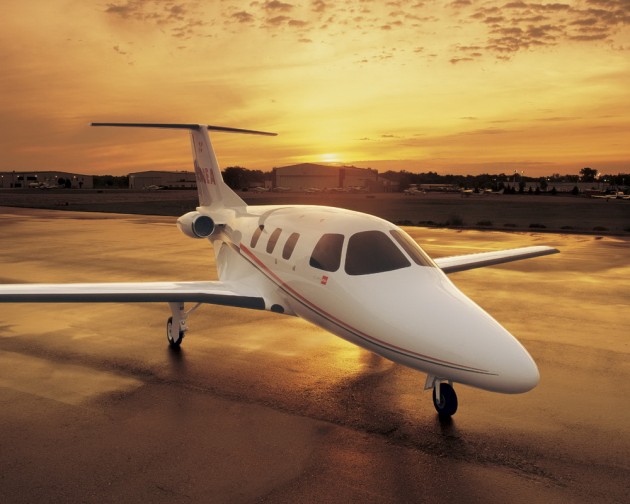 The Eclipse 550 comes standard with a dual (redundant) FMS system, anti-skid brakes, a standby display unit, and new, high resolution displays with faster processing speeds that allow for the addition of safety features such as auto throttles, synthetic vision, TAS, TAWS, and more. Built with six forward facing seats and designed to be flown single pilot, the 550 also comes with a standard 3-year ‘tip-to-tail’ aircraft warranty.