Business aviation is evolving constantly and we always keep up to date with training, education, trends and news about the industry to better serve our clients. Following are business aviation news articles and stories from around the world that grabbed our attention this week ending December 9th, 2016:

Many business jets have recently been depreciating faster than ever before. Some models whose value historically declined an average of 4 percent per year experienced losses in excess of 20 percent in 2015. Aircraft Value Reference Guide (Vref), for example, reported that during a three-month period toward the end of last year, the value of the average Falcon 7X sank between $1.8 and $2.7 million, with other models such as the Gulfstream G550 experiencing similar declines. Sellers of such jets face pressure to complete a transaction sooner rather than later, which further accelerates depreciation rates.

No matter how old they are, though, jets never seem to run out of value altogether. Instead, they often hit a floor, a kind of depreciation-free zone, where the loss in value slows or stops for a time. Vref, for example, reports that in the same three-month period, Gulfstream GIIs, Dassault Falcon 10s, Citation Bravos, and Learjet 55s did not decline in value at all.

In part, this apparent stabilization may simply reflect a lack of sales. Buyers aren’t plentiful for a 32-year-old business jet that needs an eight-year inspection, major avionics upgrades, and engine overhauls. A potential purchaser might conclude that the cost to render the aircraft serviceable exceeds its ostensible value. The owner who wants to get rid of an airplane that’s hard to sell, then, has limited options. A business jet, after all, isn’t like a car that you can push out to rust in a field by the barn or have hauled away by a junk-metal dealer’s tow truck. 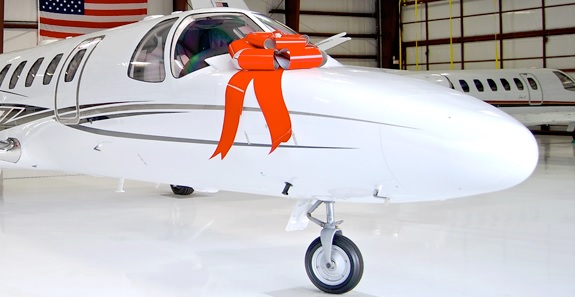 When an aircraft becomes too expensive to operate or too difficult to sell, a typical solution is to “part it out”—to tear it down for parts. This is a flourishing industry served by a trade organization called the Aircraft Fleet Recycling Association, which offers accreditations in airplane disassembly and recycling. But depending on the model, the market for its parts may already be saturated. As a result, owners seeking to get rid of older jets are increasingly thinking about giving them to a charity. 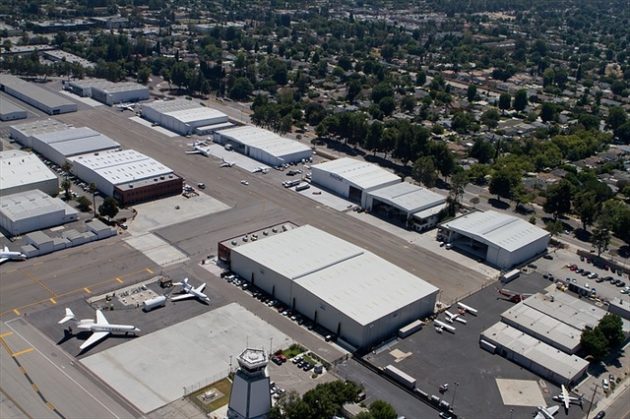 The study found that the airport’s contributions include:

“VNY is a key player in the Southern California region, especially in the San Fernando Valley,” the study continued. “Both aviation and non-aviation business are supported by the airport including fixed-base operators, sales and service for aircraft manufacturers, flight and ground school instruction as well as various restaurants, a hotel, and a home improvement store.”

Curt Castagna, president of the Van Nuys Airport Association and president and CEO of Aeroplex Group, said the last economic impact study for VNY was conducted 10 years ago, and it was time for a more accurate picture of the airport’s impact on the region.

“Airport tenants, airport users, elected officials, airport officials and area businesses have come together to make VNY the main driver in the San Fernando Valley,” said Castagna. “It really tells a success story about how tenants working together – even though we compete with one another – can create positive change and cultivate an airport environment that supports economic growth in partnership with the community.”

Continue reading about the Van Nuys Airport on NoPlainNoGain.org->

Most business aviation operators engage in annual risk assessment and profiling, according to the results of NBAA’s 2016 Business Aviation Safety Survey (JetOptions is a member of NBAA), now available exclusively to the association’s members. 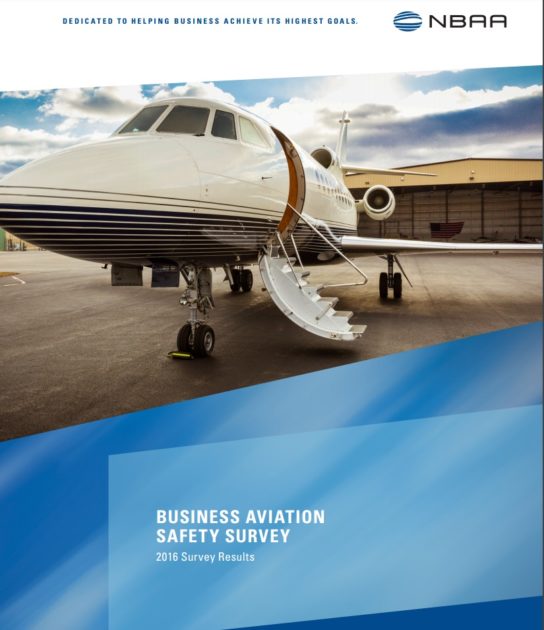 The survey provides an unparalleled look into the safety policies and concerns of business aviation flight departments. More than 800 industry professionals of all roles and specialties provided their company’s safety data for the survey, more than doubling the response rate from last year’s inaugural survey.

Other key findings include:

The survey shows that 60 percent of dual-pilot operators reported they go to recurrent training twice annually. Most single-pilot respondents (62 percent) indicated they train once annually, with 28 percent indicating they train twice per year.

A significant majority of operations have some form of safety reporting process, with 73 percent of respondents saying they have comprehensive awareness of safety reports and issues across their organization.

Continue reading about the business aviation safety survey on NBAA.org-> 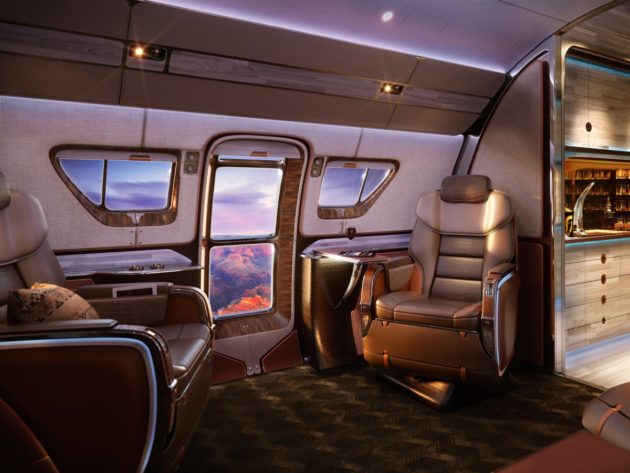 Brazilian private-jet maker Embraer prefers that its customers experience the finer side of aviation. Earlier this year, the Sao Paulo-based company dazzled with its Kyoto Airship concept interior that featured a massive skylight installed on its flagship Lineage 1000E jets. 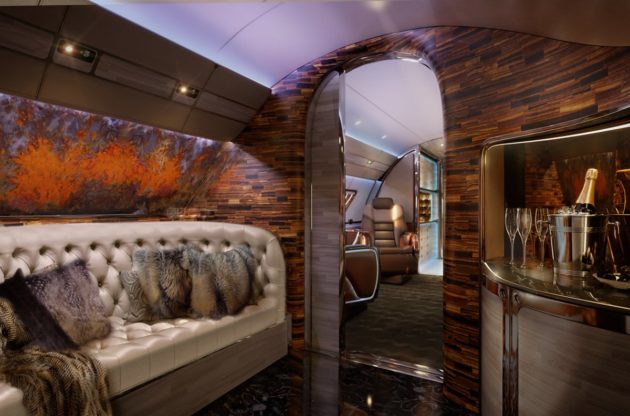 Now, Embraer has teamed up with Eddie Sotto, a designer based in Los Angeles, to create a custom interior called Skyranch One. Instead of the Kyoto Airship’s Asian theme, Skyranch is a harmonious blend of several cultures. 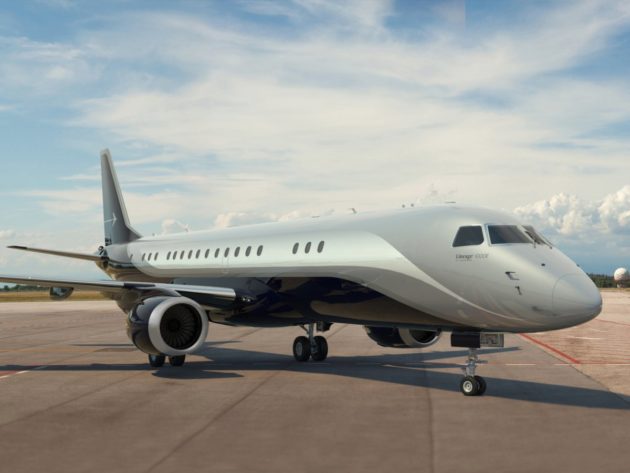 As a result, the Skyranch offers a Southwest theme with some Spanish and Portuguese flair, Beever said.

Here’s a closer look at the Skyranch One interior concept:

Continue reading about Embraer’s Sky Ranch One on BusinessInsider.com->

North American business aircraft flying was up by 4.9 percent year-over-year last month, marking one of the best performances year to date, according to TraqPak data released today by Argus International. This surpassed the company’s projection of a 3.1-percent gain last month, and Argus analysts remain optimistic about this month, estimating a 4.1-percent rise in flying.

The aircraft categories were also all positive in November and once again led by large-cabin jet activity, which surged 7.6 percent versus a year ago. Turboprop flying was also robust, jumping 5.6 percent year-over year; light and midsize jets followed at 4.2 percent and 3.5 percent, respectively.

The Middle East’s leading business aviation exhibition continues at the Dubai World Central with about 50 executive aircraft on static display, including the Falcon 8X business jet which is making its regional debut. 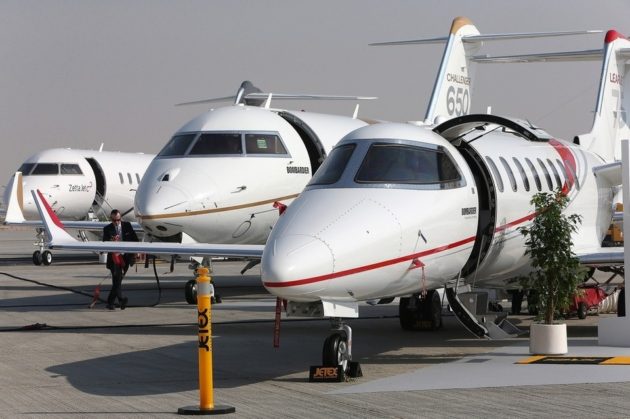 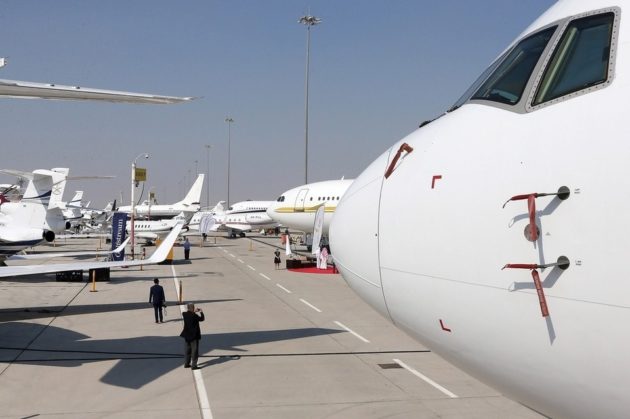 Continue looking at pictures of the Middle East business aviation exhibition on TheNational.ae->