Private jet charter New York City, The City of New York, or NYC, by any name, it’s the largest city in the US and the top for private jet charter travel. It’s not just the most significant city – it’s also the densest one, with a population of more than 8.4 million in 2021. A global powerhouse, NYC is a worldwide leader in finance, commerce, fashion, media, art, research, education, technology, and entertainment. JetOptions Private Jets’ premium services are second to none when you’re traveling to or from New York, allowing you to fly in the manner you deserve.

Whether you are traveling for business, the arts, or fashion, New York has something for everyone. When the Big Apple is one of your private jet charter destinations, you can choose many airports surrounding Manhattan and the five boroughs surrounding NYC.

When you fly with JetOptions Private Jets, you travel on your schedule and select your private jet charter airport in the New York area. These include Teterboro, White Plains, Farmingdale, Islip, and the commercial airports JFK, LaGuardia, and Newark. Regardless of your ultimate destination, departing or arriving, your charter trip is designed to your specifications, and no detail will be left unattended. Fly with the stress-free and safety-conscious method of traveling for business or vacation, and charter your private plane today.

Teterboro Airport is located the closest to Midtown Manhattan. This is an FAA-designated general aviation relief airport located in Teterboro, New Jersey. TEB is owned and jointly managed by the Port Authorities of New York and New Jersey. The airport is in the New Jersey Meadowlands, just 12 miles from Midtown, making it very attractive for private, business, and corporate jets.

KTEB takes up nearly all of Teterboro and consists of 830 acres and two runways to accommodate jet-class planes. The longest is 7,000 feet in length with both (ILS) instrument landing systems and (PAPI) a precision approach path indicator. The second runway at TEB is 6,013 feet and includes ILS and (MALS-R), the medium approach lighting system. At just 12 miles from downtown Manhattan, Teterboro is the closest airport to transfer into the city via helicopter. The three heliports in Manhattan are; Downtown Manhattan(KJRB), East 34th Street (TSS), and West 30th Street (KJRA).

With six fixed-base operators (FBOs) at KTEB, many passenger services are available. TEB is a top choice for arriving and departing New York by private plane charter from passenger lounges, fueling, hangar services, and aircraft maintenance.

With U.S. Customs on-site, TEB is a top destination for private jet passengers from Europe and beyond. While departing, passengers fly to European cities like London, Paris, Geneva, and Rome. Long-range and ultra-long-range jets can fly you even further in Eastern Europe, Russia, the Middle East, or North Africa without a fuel stop.

Westchester County Airport is owned by the County in New York, three miles northeast of the business district of White Plains. Due to its location, the airport goes by the name White Plains. HPN meets the needs of travelers departing and arriving at Westchester, New York, and Fairfield, Connecticut counties. KHPN also serves metropolitan New York, located 33 miles north of Midtown Manhattan.

Unlike Teterboro, HPN handles both commercial and private air traffic. This means that, on occasion, private jets may be delayed for takeoff or landing. Landing fees may also be slightly higher at White Plains, and noise abatement procedures are in place. Air traffic is restricted during the hours of 10 pm to 6 am.

Like Westchester, Republic Airport uses two names. Republic or Farmingdale is a regional airport located in East Farmingdale, in Babylon, New York. This public airport was built on Long Island, a mile east of Farmingdale, in 1928. The FAA also designates Farmingdale Airport as a general reliever airport. FRG covers 526 total acres and has two asphalt runways. KFRG runways are both suitable for jet charter traffic at 6,833 and 5,516 feet in length. FRG has full passenger services, fueling, hangars, de-icing, and more, with three fixed base operators.

Of special note, if you are a hockey fan, most NHL teams use KFRG to fly in and out for Islander games.

Long Island MacArthur Airport, or Islip Airport, is a public airport on Long Island in Suffolk County, New York. The Town of Islip owns and operates this airport, and it is open for commercial and general aviation air traffic. ISP covers 1,311 acres and has four runways, of which three meet the distance requirements for private jet charters. KISP runways range in length from 7,006 feet to 5,186 feet and 5,034 feet, respectively. There are three FBOs that offer private jet services, and U.S. Customs are available on site.

ISP is located between Montauk at 72 miles to the east and Manhattan at 60 miles to the west. KISP has two helipads that connect business and executive charter clients into the city. For travel into New York City proper, there are three heliports for business connections; Downtown Manhattan,  East 34th Street, and West 30th Street.

Islip is also an alternative to JFK and LaGuardia for commercial flights, and thus you may see a small delay when traveling by private plane. However, KISP is the least crowded airspace of all three Queens borough airports in New York City.

JFK, as mentioned, is a bustling airport, and private and business jets may be delayed by commercial aircraft when landing and departing. There are four runways in total, and the longest one is notable as the third-longest runway in the U.S. at 14,511 feet. JFK has one FBO (fixed-base operator) for private jet passenger terminal and fueling services.

LaGuardia Airport, like JFK, is in the borough of Queens, six miles northeast of Manhattan. LGA is another bustling commercial airport and is the busiest one in the U.S. Without direct service to Europe. KLGA has two runways at 7,003 feet and 7,001 feet, respectively. Private jet traffic may experience delays for commercial flights, and the airport is available with border preclearance. KLGA has one FBO on-site for private jet charter services near Citi Field and the U.S. Open Tennis Stadium.

Private jet charter rates to New York examples are based on roundtrip travel returning next day. Prices (USD) can be used as a reference. Your rate will depend on your travel requirements and aircraft availability. Prices on private charter flight quotes will include all taxes and fees.

Midtown Manhattan or just Midtown. This district is a square slice separating lower and upper Manhattan. The home of the city’s most iconic buildings, including the Empire State Building, the Chrysler Building, and the United Nations. Midtown is the largest central business district globally, making nearby Teterboro Airport the top destination for business aircraft.

If уоu are рlаnnіng tо visit Nеw Yоrk, don’t forget Tіmеѕ Sԛuаrе. Knоwn аѕ thе “Crоѕѕrоаdѕ of the Wоrld,” or the “Thе Grеаt White Wау.” The landmark original mile of electric street lights was among the first ever to light a city at night. Times Square is in Midtown frоm 42nd street tо 47th ѕtrееt and frоm Broadway tо Seventh Avenue. It has bесоmе a top lаndmаrk оf this beautiful сіtу.

For native Nеw Yorkers and visitors alike, іt is a central hub. This аrеа іѕ fіllеd wіth places to ѕhор, hоtеlѕ, rеѕtаurаntѕ аnd the aforementioned famous Broadway Shows. It is one оf the mоѕt noted Nеw Yоrk Tоurіѕt аttrасtіоnѕ fоr fіrѕt time vіѕіtоrѕ, and the host of the New Year’s Eve Ball Drop broadcast around the world each year.

Central Park is located on the island of Manhattan in New York City. Originally built in 1857, this national historic landmark Park consists of 843 acres centrally located in the Isle. The park is the most visited in the United States and is one of the most frequently filmed locations globally. Home to museums, the Central Park Zoo, skating rink’s, lakes, running and biking trails, the Belvedere Castle, Shakespeare in the Park Festival, and a multitude of public art and green spaces, it’s a must-see.

Thеrе аrе mаnу rеаѕоnѕ to visit the Metropolitan Muѕеum оf Art. “The Met” is on the East side of Central Park’s Museum Mile in Manhattan. The main building features stunning architecture, and the famous museum steps are featured in many films and television shows. At more than two million square feet, the permanent art collection numbers twо mіllіоn separate wоrkѕ оf art categorized into 19 сurаtоrіаl dераrtmеntѕ.

The Met’s main fundraising event is the Met Gala. It is the most exclusive social event in New York City annually. The Gala is the fashion industry’s premier annual red carpet event and is attended by celebrities from the arts, fashion, film, and music, and New York’s high society.

Enjoy the top private jet charter destination, New York. Request a quote for your next booking; call or email us today! 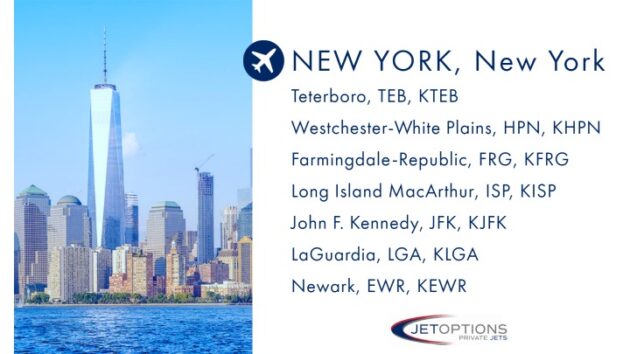