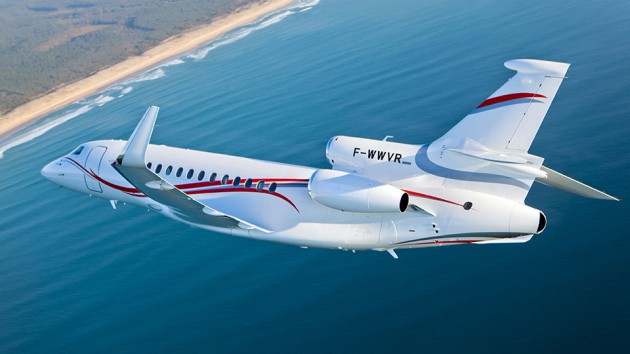 As already reported by AIN, Dassault Aviation will launch a new Falcon business jet at May’s EBACE show in Geneva. At a press conference in Paris on Thursday to announce its annual financial results, the French group’s CEO, Eric Trappier, confirmed its intention to introduce an aircraft currently being developed under the name “M 1000” but declined to give any other details. The new product, which might be a further development of the current 7X flagship, will be unveiled seven months after Dassault introduced the Falcon 5X at last October’s NBAA show.

Last year Dassault received new orders for 64 Falcons, an increase of just over 10 percent on the 2012 tally of 58. The value of the new orders was up 14 percent, at €2.91 billion ($4 billion), but the value of the overall Falcon backlog was down slightly at the end of last year at €3.32 billion ($4.6 billion). While he acknowledged a slight recovery in the business jet market, Trappier concluded that “it remains fragile.” He said that improving Dassault’s “book to bill” ratio is a priority this year.