Dassault has unveiled its latest business jet–the Falcon 2000S. The twinjet is well aligned with the current economy, as it is a lower-cost derivative of the Falcon 2000 with a price tag under $25 million. It retains the Falcon 2000LX’s cabin size, but its range has been curtailed to 3,350 nautical miles. Inboard slats have been added to the wing, which reduce approach speed by 10 knots, to 108 knots. Takeoff distance decreases to 4,450 feet (at the 41,000-pound maximum takeoff weight), and landing distance drops to 2,600 feet (at typical landing weight). The 2000S keeps the winglets introduced on the LX for fuel efficiency. Its Pratt & Whitney Canada PW308C engines have a new Talon II combustor that cuts nitrous oxide emissions by 20 percent. The first 2000S achieved its maiden flight on February 17, and certification is pegged for the fourth quarter of next year. Deliveries are scheduled to begin in the first quarter of 2013. 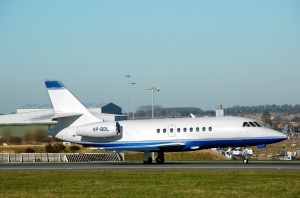