Dassault Falcon Service plans to build a heavy maintenance, repair and overhaul facility at Bordeaux-Mérignac Airport in southwestern France, adjacent to the Dassault Aviation manufacturing plant. The 7,200-sq.-meter facility will serve Falcon 7X, 8X and 5X large cabin aircraft. The six-bay facility is expected to open in mid-2016, in time to handle initial C Checks for the Falcon 7X, of which more than 230 are now in operation. 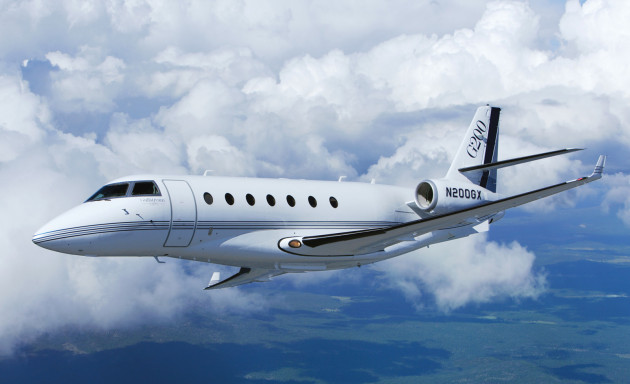 For as little as $5 million, you can buy a Galaxy/Gulfstream G200

For as little as $5 million, you can buy a IAI Galaxy also known as Gulfstream G200. It’s the original super-midsize business jet, able to fly eight passengers 3,200 nm and land with NBAA IFR reserves. The aircraft has nearly GII cabin dimensions, albeit with a shallow dropped aisle, but it has close to midsize jet fuel consumption and direct operating costs. Perennially cash strapped IAI earned FAA certification for Galaxy in December 1998 and 53 units were delivered from 1999 to 2001.

When it comes to competing for global market share, business aviation is about as rough-and-tumble a marketplace as you’ll find—comparable in some ways to the automotive world’s focus on technology and higher performance.

There are at least five major airframe manufacturers vying for customers worldwide. Apples-to-apples comparisons can be tricky and even nuanced. In the end—at least among prospective buyers who understand what business aviation is all about—it comes down to which model in any given category represents the best overall value proposition, based on how the asset will be used while offering the lowest cost of ownership.