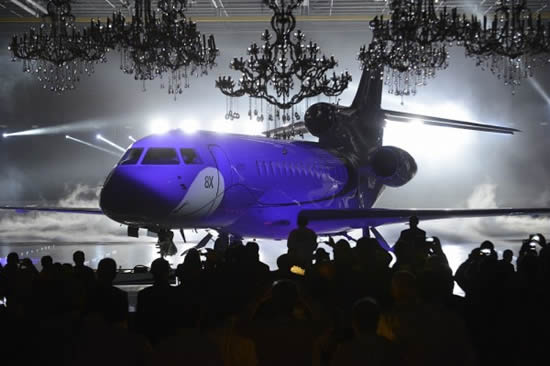 Unveiled today at Dassault’s Bordeaux-Merignac facility before an audience of customers, operators, industrial partners and representatives of certification authorities, the Falcon 8X was rolled out for the first time. Ground tests, including flight control system testing, vibration tests, and fuel system testing, concluded in November. The first engine run-up took place in early December and the aircraft is on track for a maiden flight in the first quarter of 2015. 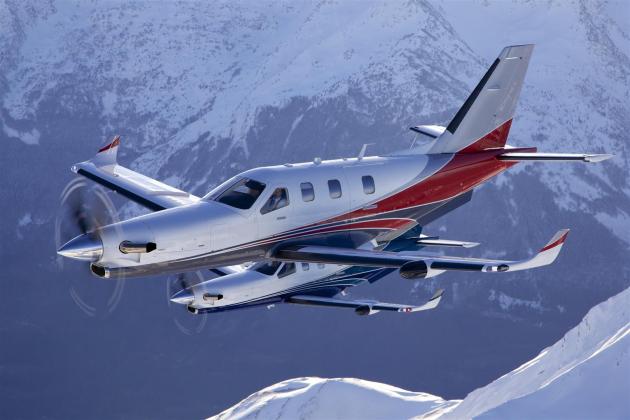 Daher-Socata announced the delivery of its 700th TBM

The milestone airplane, a TBM 900, was provided to a private customer in Illinois, USA through a sale organized by Muncie Aviation – the authorized TBM distributor based at Muncie Municipal Airport, Indiana.

“This 700th TBM’s delivery demonstrates the full acceptance of the single-engine turboprop concept, which is the flagship of DAHER’s aerospace activities,” stated Stéphane Mayer, President and CEO of DAHER-SOCATA. “We are now setting our sights on the next milestones.”

DAHER-SOCATA’s TBM 700 version was the first series-production pressurized single-engine aircraft to be certified, and after several evolutionary steps, the 300th TBM of this type came off the assembly line in June 2004. A total of 324 TBM 700s – all powered by a 700-shp engine – were built and delivered worldwide.

RUAG Aviation has recently installed the first European Rockwell Collins Pro Line 4 to Pro Line 21 Upgrade on the Dassault Falcon 2000. The upgrade is now available for Pro Line 4-equipped Falcon 2000 and 2000EX aircraft and is approved by both the FAA and EASA.

The project was completed at the RUAG Aviation facility in Lugano during a 3C inspection. It was also the first time an inspection of this type has been performed at RUAG Aviation Lugano. 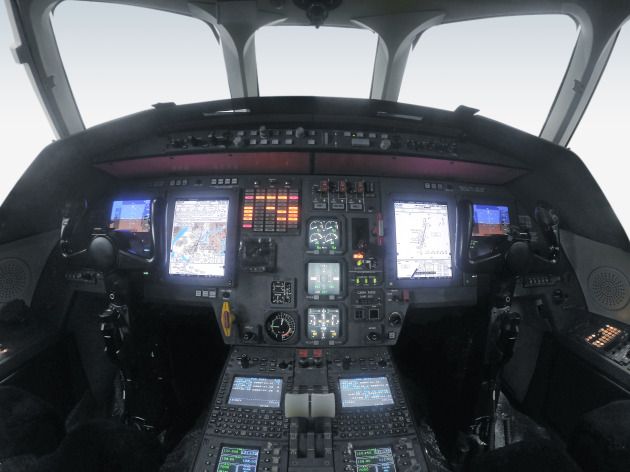 This upgrade replaces the existing Cathode Ray Tube (CRT) displays with new Active Matrix Liquid Crystal Displays (AMLCD). The new 8×10 inch displays present charts, maps, cameras and graphical weather, and are distinguished by the clarity and sharpness of the image. Moreover, the advanced technology of these displays position the aircraft for future development towards the Synthetic Vision System (SVS). Today, critical flight information including graphical weather, EGPWS, TCAS, lightning detection, airport location and more are available to you at the touch of a button.

Jet Aviation Geneva has selected Honeywell Aerospace’s Ovation Select cabin management system for installation on a Bombardier Global Express business jet. Ovation Select is an all-digital total cabin management system that allows passengers to control both in-flight entertainment and environmental conditions — including lighting, seats, temperature, galley and window shades — with a touch-screen interface at the seat, or from a mobile electronic device. 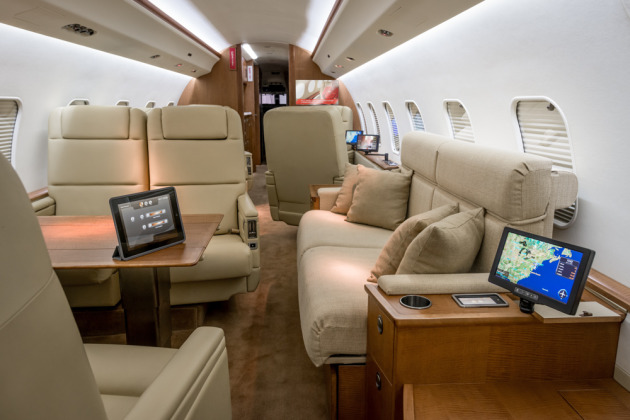