While the new Runway 18/36 at Collin County Regional Airport (KTKI) took longer to build than anyone would have liked–about seven years from first concept to the first takeoff–the new 7,002-foot-long by 150-foot-wide surface was badly needed to replace the original runway built in 1979. The $52 million project in McKinney, Texas, consumed nearly 53,000 tons of concrete and was constructed just east of the original surface, which now serves as a parallel taxiway. The runway was the Texas Department of Transportation’s largest ever aviation construction project. Airport officials built the runway to commercial standards in anticipation of continued growth and hope to offer commercial air service at TKI in the next decade. Despite the wait, the new ILS and GPS approach-equipped runway was completed a month early and $5 million under budget. Collin County Regional Airport sits 32 nm north of Dallas and about 14 miles from JetOptions office in North Dallas. 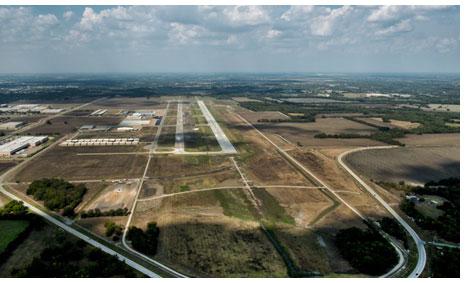