Superior Aviation of Beijing, China, has agreed to acquire financially troubled Hawker Beechcraft for $1.79 billion. Under the terms of the “strategic combination,” Superior Aviation also agrees to make payments over the next six weeks of the “exclusivity period” to support ongoing jet-related operations as a means of sustaining the jet business until the transaction closes. Since filing for Chapter 11 bankruptcy protection in May this year, Hawker Beechcraft had expressed an intent to emerge from bankruptcy as a complete entity. However, the agreement with Superior does not include Hawker Beechcraft Defense Company (HBDC), which would remain a separate entity. HBDC would continue to manufacture the T-6 trainer and pursue certification of its derivative AT-6 light attack aircraft. In the event HBDC is subsequently sold to a buyer acceptable to the U.S. government, up to $400 million of the $1.79 billion purchase price would be refundable to Superior. According to Hawker Beechcraft, Superior intends to maintain the Wichita-based OEM’s existing operations while investing “substantial capital” in the company and its business and general aviation product line. Hawker Beechcraft further notes that the decision to proceed with Superior came “after determining that its proposal would create the greatest value for the company and position it for long-term growth.” Hawker Beechcraft CEO Steve Miller pointed out that this acquisition “would give Hawker Beechcraft greater access to the Chinese business and general aviation marketplace, which is forecast to grow more than 10 percent a year for the next 10 to 15 years.” If negotiations with Superior are not concluded “in a timely manner,” Hawker Beechcraft plans to proceed with seeking confirmation of the Joint Plan of Reorganization it filed with U.S. Bankruptcy Court on June 30. 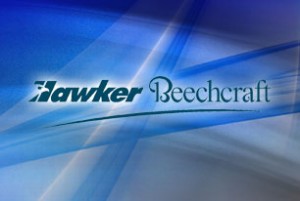