There has been an increasing trend in recent years for motor racing fans to fly to the Grand Prix weekends onboard private jets. If you are following the numbers, there is a worldwide increase in private aviation flights at the airports surrounding the races. Much of this traffic is racing teams coming in early; however, these flights also include many of the fans.

Formula One Racing and its familiar initials, F1 is widely known as the prestige circuit of motorsports. With racing teams from Aston Martin, Mercedes, Lotus, McLaren and more, the sport attracts fans who are looking for a luxury experience. There are 22 Grand Prix titles held annually around the globe at multiple cities. This is a great opportunity to link the races you love with travel to a long-time favorite or a new destination.

JetOptions Private Jets offers VIP charters flights worldwide for F1 racing weekends. If you’ve been looking to check a race off your wish list, contact us today. We have the largest and most luxurious airplanes for our client’s flights and can get you in early, or fly you in and out closer to the championship race. It’s all according to your preference. 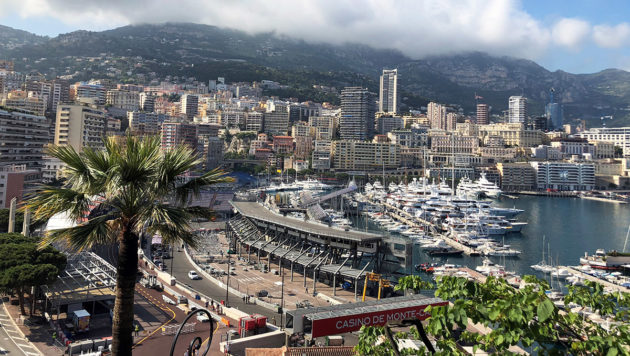 For F1 charters worldwide call JetOptions first. We are an A+ Rated, ARGUS and Wyvern company dedicated to your satisfaction. For private air charters of all sizes, from light business jets to large planes for international flights we are the experts in getting it done right.

Enhance your travel spontaneity and convenience with the added comfort of traveling on one’s own jet charter schedule. Board planeside at an FBO before the flight, while the ground crew stows your luggage. It’s these and other fantastic perks that make private aviation a convenient and time-saving mode of transport for the 2020 season. For the first time ever the calendar includes 22 championship events and a street track race in Hanoi, Vietnam. Check out the official Formula 1 site for F1 ticket purchases. 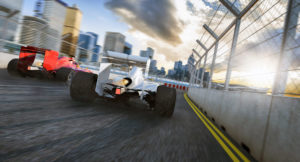 Update: The Race is Canceled as of March 12, 2020. The 2020 season-opening race on the street tracks of Aughtie and Lakeside Drives, with a small tour through the Lakeside parking garage. View this exciting street circuit around Melbourne’s Albert Park Lake, where attendees soak up the Australian Grand Prix autumn sun while watching all the racing action.

Update: The Race is Postponed as of March 12, 2020. The second race of the 2020 season is at the Bahrain International Circuit. This is a thrilling night race through the technical turns of Hermann Tilke’s circuit against the winds and temperature changes over Bahrain’s championship dates.

Update: The Race is Postponed as of March 12, 2020. New for the 2020 year! The Vietnam Grand Prix will be constructed through the streets of Hanoi.  This makes 22 championships for the 2020 calendar season.

Fly by private jet to Shanghai for the fourth race of the 2020 season at the modern Shanghai International Circuit. Designed in the shape of “sheng” watch the drivers fly into g force turns and fly through the longest straight of the season at the Chinese Grand Prix.

Circuit de Barcelona-Catalunya consists of 66 laps, set in Barcelona’s old town. Enjoy one of the biggest and best tracks amongst classic architecture and modern districst. Enjoy the views from nearly the entire route with grandstands and general admission set up along the Spanish Grand Prix.

The Monaco Grand Prix is canceled for 2020.

Baku Street Circuit, created by famed racing architect Herman Tilke, is placed in a counter-clockwise configuration. The track runs along the seafront and past Maiden Tower before beginning a twisting narrow uphill climb. Circle the streets of the historic city at the Azerbaijan Grand Prix F1 racing.

Five miles from the nearest town of Spa, the Belgian Formula One track is a favorite with racing enthusiasts. The first triangle track was built in 1921 on public roads between the villages of Francorchamps, Malmedy, and Stavelot. That original, designed by Jules de Thier and Henri Langlois van Ophem was a beautiful and lengthy 14.9 km/9.25 mile circuit. Redone in 1979, to half-length, the Belgian Grand Prix is the longest circuit of the year through stunning low hills and forests of the Ardennes.

The home of the Ferrari Team, the Italian Grand Prix, has matured into a world favorite after its first race in 1950. Fifty-three laps of Monza’s blazingly fast 5.793 km circuit make it the swiftest course on the Formula One racing program. Set in the parklands of Monza, this historic course is North and East of Italy’s fashion capital, Milan.

The Singapore Grand Prix was the first World Championship night race. The 5.063 km Marina Bay Circuit is one of the most demanding. Traveling over bumpy streets through humid circumstances provide drivers plenty of added concerns to racing. Twenty-three corners make up the high speeds of the lap, including Turn 18. This smart addition sees the drivers pass under spectators in the grandstand.

The longest track of F1 was built from the park streets of the 2014 Winter Olympics, the same year the Russian Grand Prix joined the championship calendar. Reaching a race distance of 309.745 km/192.46 miles, this is the longest course all year. Located in Sochi, this Black Sea city is one of Russia’s most popular resort destinations.

Located 50 km/31 miles southwest of Nagoya, Japan’s third-largest city, the Japanese Grand Prix remains one of most complex within the Formula One season. With a race distance of 307 km/ 191 miles the cross-over of 53 track laps, this race is also one of the most difficult.

Austin is a refined mix of excellent food, ranches, and cutting edge technology. In November the counter-clockwise Circuit of The Americas holds the 56-lap race for 120,000 F1 fans. Watch for big elevation changes right off the starting line, ‘S’ curves and plenty of excitement from the United States Grand Prix. 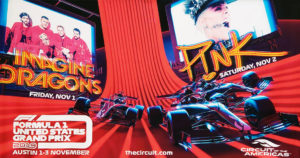 The Autodromo Hermanos Rodriguez is located just east of Mexico City. The high altitude 71-lap race is surrounded by an abundance of must-see attractions like classical Aztec ruins. Racing in the thin air around high-speed corners delivers many thrilling elements in the Mexico Grand Prix.

Brazil Grand Prix in Sao Paulo is a hub of bright lights and natural beauty. The Interlagos circuit is inspired by racing classics like the U.K.’s Brooklands, U.S.’s Roosevelt, and France’s Montlhery. Enjoy the racing festivities in the district as drivers race the 71 laps of Autodromo Jose Carlos Pace.

The 55-lap season closer Abu Dhabi Grand Prix at the Yas Marina Circuit is one of the most dramatic backdrops of all the championship races. Built brand new on Abu Dhabi’s Yas Island the track is surrounded by five-star hotels and the Ferrari World theme park. Watch from the trackside rooms at the dazzling Yas Hotel or from your boat in the harbor marina.