A Challenger 604 from CSI Aviation Services was used for a simulated hijacking last month as part of an exercise between the U.S. and Russia. The twinjet was crossing the Bering Sea when the simulated hijacking occurred. As planned, the aircraft did not respond to communications, resulting in the FAA and TSA notifying the U.S. military, which scrambled fighters to intercept the airplane. Russia also launched aircraft, and the two governments coordinated to prevent a potential terrorist attack. 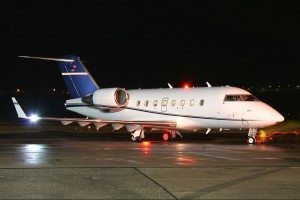 One Response to “Challenger 604 Used For Simulated Hijacking”