Leading business jet manufacturer Bombardier Business Aircraft announced that its Challenger 350 demonstrator aircraft will embark on its Eastern European tour, starting with a well-awaited stop in Poland. On September 29 in Warsaw, media will be invited on board the aircraft for a 30-minute flight above the city to experience the aircraft’s modern, sophisticated cabin before landing back at Chopin Airport.

“Bombardier is excited to showcase this class-leading product to operators in the region,” said Christophe Degoumois, Vice President, Sales, Europe, Russia and Commonwealth of Independent States (CIS), Bombardier Business Aircraft. “The Challenger 350 aircraft offers one of the widest, most spacious cabin in its category and boasts larger windows and a more advanced HD Cabin Management System. It is perfectly suited for the requirements of business jet travelers in Poland,” he added. 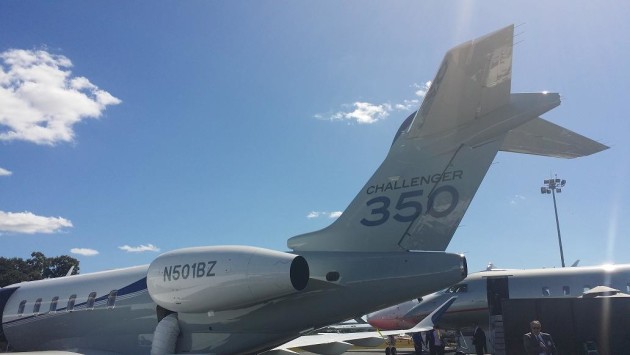 Not only does the Challenger 350 aircraft feature the very latest in avionics functionality but it offers the segment’s most advanced cabin that maximizes natural light and redefines interior comfort and design sophistication, all while maintaining the performance attributes that have become synonymous with the Challenger family. It is easily differentiated on the ramp with its canted winglets, which, coupled with higher thrust engines, give the Challenger 350 aircraft more performance, more efficiency and lower direct operating costs than its competitors.

Continue reading about the Bombardier Challenger 350 in Poland on businessaircraft.bombardier.com>> 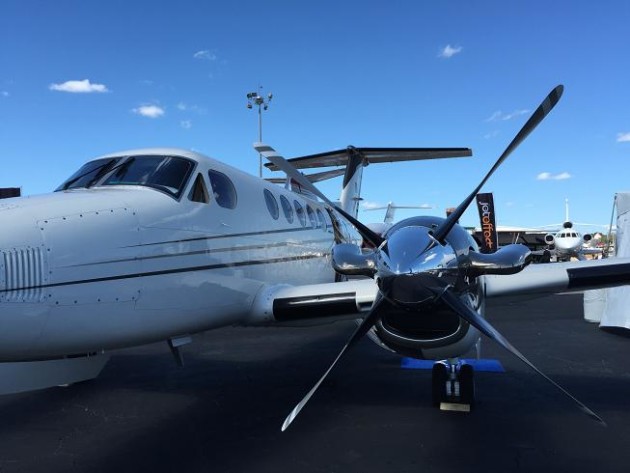 The twin-engined turboprop will be based in Shijiazhuang City, in northern China’s Hebei province, and will be the first 350i in the country dedicated to charter services, says the Textron Aviation subsidiary of the American Textron Group which also owns Beechcraft and Cessna.HGAC has a fleet of 15 propeller-driven aircraft, including nine AVIC Y5/B piston-singles and three Cessna Caravan 208 single-engined turboprops. Its second 350i is scheduled for delivery before the end of the year.

Continue reading about the Beechcraft King Air 350i on flightglobal.com>>

The Bombardier Global 7000 and Global 8000 are ultra long-range high-speed, VIP jets that are currently under development and will compete against the likes of the Gulfstream Aerospace’s G650 and G650ER. 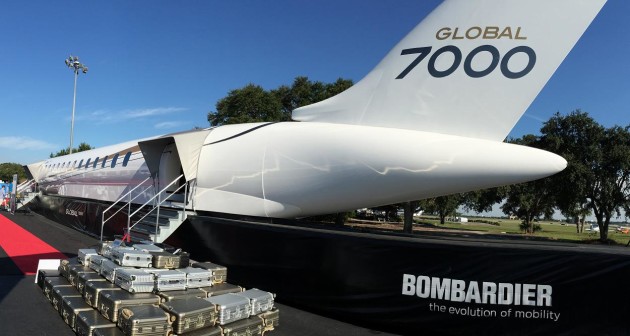 Initially, the Global 7000 and Global 8000 were expected to enter service in 2016 and 2017 respectively, but the launch of the Global 7000 has been delayed till the second-half of 2018 and it’s certain that Global 8000 will not arrive at its expected date. Sixty-two units have already been booked and customers include F1 legend Niki Lauda, VistaJet and NetJets, yet the delay in arrival means that Bombardier Aerospace may lose some share of the market to its competitors.

Talking about the Global 7000, it has four luxurious cabins with unparalleled space and comfort for up to 19 passengers. Bombardier promises to recreate a homelike environment that can be both productive and leisure-friendly.

Continue reading about the Bombardier Global 7000/8000 on gtspirit.com>>