“The aircraft handling characteristics and performance were exceptional, just as we had anticipated after flying more than 1,300 hours in three test flight articles. The Garmin G5000 avionics system provides a sense of control and situational awareness that any pilot will appreciate,” said Matt Freund, Cessna production flight test pilot. “The new Sovereign makes a great airplane even better and continues to shows the confidence and reliability of our Citation brand — this is a terrific milestone for the new Sovereign and Cessna.”

The new Sovereign will have a range of 3,000 nm (3,452 statute miles or 5,556 km). It features improved cabin cooling, Garmin G5000 avionics with auto throttles and a new cabin management system. Winglets have been added to the new Sovereign ensuring its capability of reaching a top speed of 458kts (848 km/h) and contributing to the increased range and enabling a direct climb to 45,000 feet (13.7 km) — while still being renowned for taking off and landing on short runways.

Featuring one of the longest passenger cabins in its class and capable of seating nine people, the new Sovereign is fitted with Pratt & Whitney turbofan engines allowing for 5,852 lb of thrust. Along with a newly announced five year warranty package, the new Sovereign offers owners even greater value.

“This milestone first flight shows the heritage of the strong Citation brand is embedded in all we do instilling confidence in our customers that Cessna has, yet again, taken customer feedback and combined it with Cessna engineering and craftsmanship to make a trusted Citation aircraft even better,” said Kelly Reich, Cessna business leader for the new Citation Sovereign. “Our team designing, building and flying Cessna’s next generation of aircraft is excited today knowing our customers will soon experience the new Citation Sovereign.” 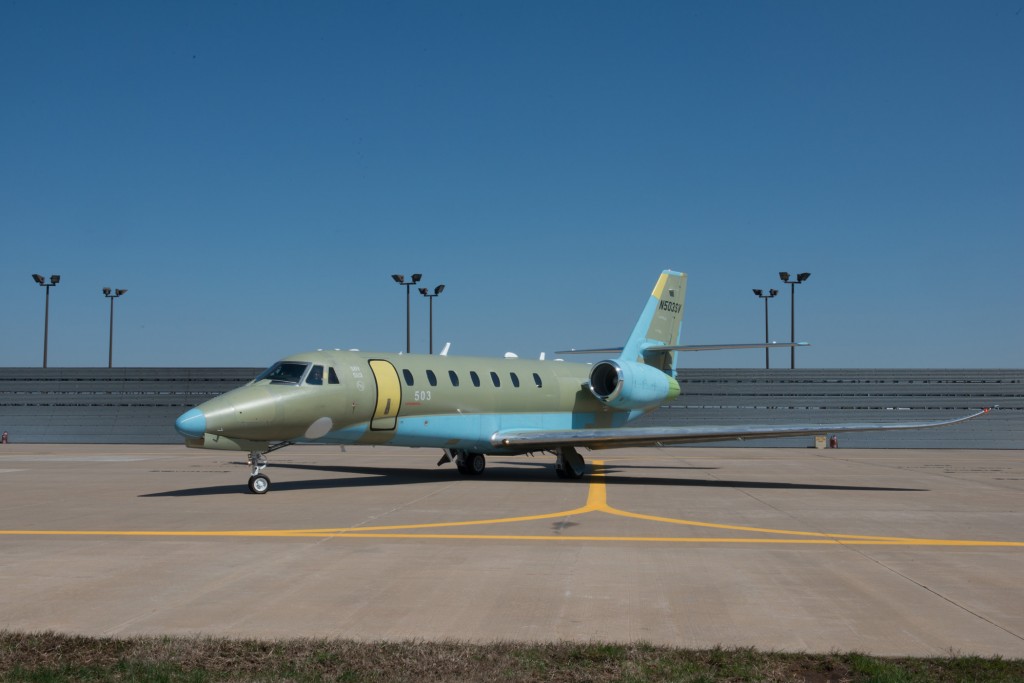