Cessna says Citation M2 is What Customers are Asking For 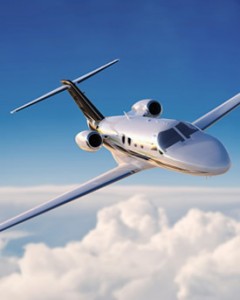 The Citation M2 on display at Oshkosh is, according to Cessna, “what our customers are asking for – ease of cockpit navigation, friendly transition for the pilot moving up or new to the jet market, comfortable cabin and efficient speed and range.”

Since the program was announced, nearly nine months ago, Cessna’s M2 engineering team has incorporated customer comments and suggestions into the design of the M2.

“We have taken the initial design and incorporated customer feedback to make upgrades that we know our customers will like,” said Brian Rohloff, Cessna business leader for Citation Mustang and M2.

“Those upgrades include a shortened throttle quadrant pedestal and extended crew seat tracks to increase leg room in the cockpit. We have also integrated more switches into the Garmin Touch Screens to create a clean, intuitive interface for the pilots,” Rohloff said.

The program is on track for 2013 delivery. With nearly 200 hours on two M2 flying articles, flight test remains a priority to move closer to FAA certification (Part 23).