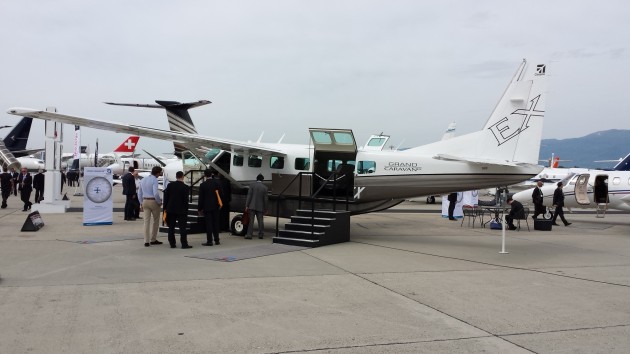 “The versatility and reliability of the Caravan is why it continues to be one of the most popular aircraft around the world with more than 2,200 delivered. In Europe, Cessna has delivered approximately 160 Caravans for roles as varied as commuter airlines, tourism, cargo missions and personal recreation,” said Christi Tannahill, senior vice president, Turboprop Aircraft. “That popularity has continued to grow with the Grand Caravan EX due to its improved performance in high and hot conditions found at higher altitudes and in warmer climates around the world.”

Cessna delivered its 100th Grand Caravan EX in April 2014. The Grand Caravan EX is flying diverse missions around the world, including airline operations in Russia, travel companies in the Hawaiian and the Caribbean islands, construction and energy companies in the United States, aid organizations on wildlife rescue missions in Africa and aviation clubs in the Middle East.