This deal represents the first ever CJ4 deliveries to Japan.

Bill Harris, Cessna vice president of Sales for Asia and Asia Pacific, says: “The CJ4 is a popular choice with operators worldwide, earning a well-deserved reputation as a very capable and high-performing aircraft – a versatile business tool able to tackle many different missions. Cessna’s Citation jets in general and the CJ4 in particular, continue to be a popular choice for customers who expect a high degree of flexibility and reliability in their business aircraft.”

The purchased CJ4 aircraft will be used by the Ministry of Land, Infrastructure and Transport Civil Aviation Bureau (JCAB). The jets will be equipped with flight inspection systems and as part of their mission will confirm the accuracy of air navigation capabilities, air routes, and air traffic control facilities.

The CJ4 has a range of 1,920 nm (3,556 km), a maximum payload of 2,070 pounds (939 kg) and is an efficient choice for the flight inspection and calibration mission. This outstanding payload in a light business jet allows the CJ4 to seat up to eight people. The aircraft features single-point fueling and an externally serviceable lavatory. Typical CJ4 missions can fly passengers nonstop from Tokyo to Manila; Singapore to Hyderabad (India); and Jakarta to Hong Kong.

The Citation CJ4 deliveries into Japan are indicative of the growing popularity of the Cessna Citation aircraft in the country. In the past decade, Citation jets have out-delivered the next two brands of business jets in Japan by a combined two to one margin.

Harris continues: “Japan plays an important role in the financial operations of the Asian economy. Business aviation has transformed the way business is done around the world, and Japan is no exception. Businesses in Japan are taking notice of the efficiencies and flexibility offered by business aviation. A Citation’s short runway performance gives its passengers more options for swift, convenient access to thousands of destinations. As time goes on, we are confident more corporations will see Citation jets as consistent, valuable business tools providing more time and opportunity to conduct business.” 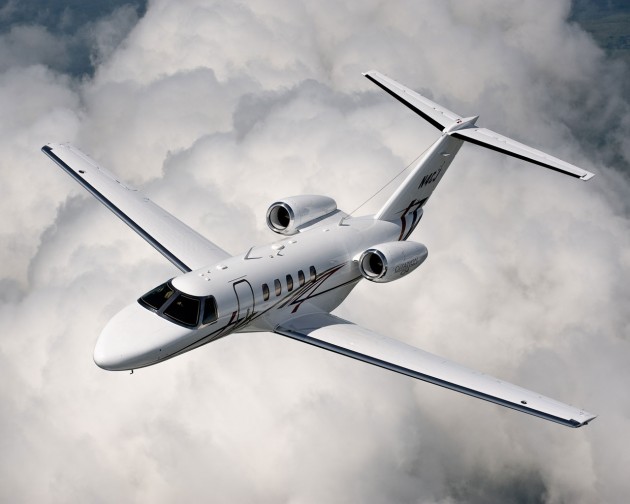