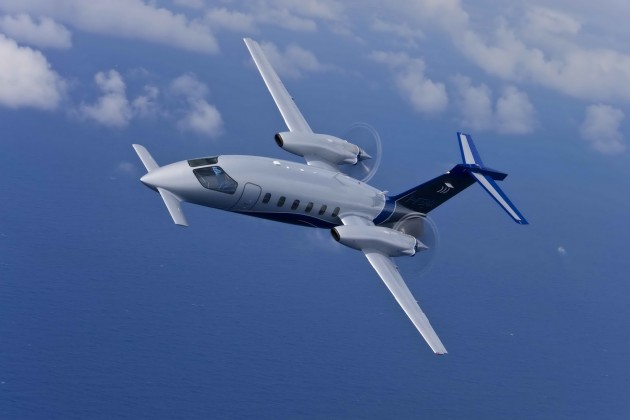 The SR Jet aircraft is the first Avanti aircraft able to fly for more than 1,720 Nm, thanks to the installation of a permanent additional tank – which replaces only half of a closet in the toilet and with no changes to the airframe – that allows the fuel capacity of the Piaggio Aero iconic aircraft to grow from 2,826 lb to 3,226 lb enabling a comfortable nonstop flight from Beijing to Hainan or Hanoi, Milan to Reykjavik and Samara, Abu Dhabi to Istanbul and Chennai.

Is Gulfstream Mulling A New Bizjet?

Some Industry Insiders Say an Announcement Will Be Coming Soon

While company executives are playing their cards close to the vest, there is an industry buzz that Gulfstream may be close to announcing a new business jet aimed at Dassault’s Falcon 5X.

There have long been rumors of a project called “P42” … which even showed up on a LinkedIn profile of a flight control engineer for Parker Aerospace, which developed fly-by-wire technology for the G650, according to the paper.

The contract includes 10 firm orders and 40 options for Avanti EVO aircraft to be delivered starting from the first quarter of 2015.

Bravia is a global investment and advisory firm with a primary focus on transportation and logistics investments worldwide.

The Avanti EVO, presented in May at EBACE 2014, was selected by Bravia Capital based on product characteristics that position the new Piaggio Aero aircraft as the ideal solution in today’s business aviation worldwide market.  Its greater range, superior performances, reduced fuel costs, low noise footprint, state of the art safety systems, and the largest and most comfortable cabin in its segment make the EVO an immediately attractive aircraft that will appeal to individuals and businesses alike.