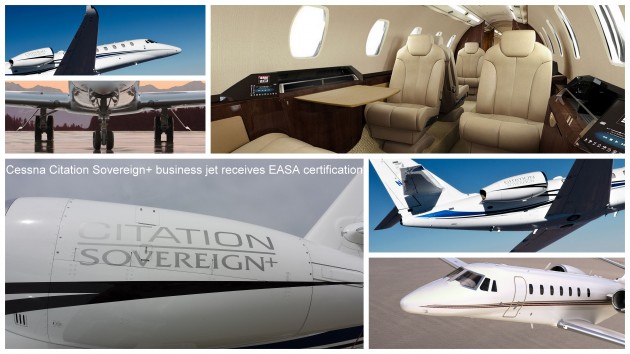 “The Citation Sovereign+ is a great fit for the European market with its non-stop range between London and the United States or the Middle East, and all European city pairs,” said Chris Hearne, vice president, Jets. “We have a number of European customers ready to take delivery of their aircraft, and with EASA certification we can now get the Sovereign+ into the marketplace. Customers are responding positively to the new Garmin avionics and the many other interior and exterior features that allow this aircraft to fly farther, smarter and more comfortably than before.”