Aaron Tobias, Cessna senior flight test pilot, says: “I feel fortunate to be able to fly for a living, and it is a privilege to be part of the crew piloting the Cessna Citation Latitude on its maiden flight. The Citation Latitude was great today, which is to say it behaved just as anticipated. The Garmin G5000 avionics are an enormous leap forward in flight management. When combined with the widest Citation cabin and the flat cabin floor, the improved cooling system, the electrically operated door and the lower cabin altitude, you have in the Latitude an amazing aircraft that we believe sets very high benchmarks for performance, capability, and comfort. The Latitude will be tough to beat.” 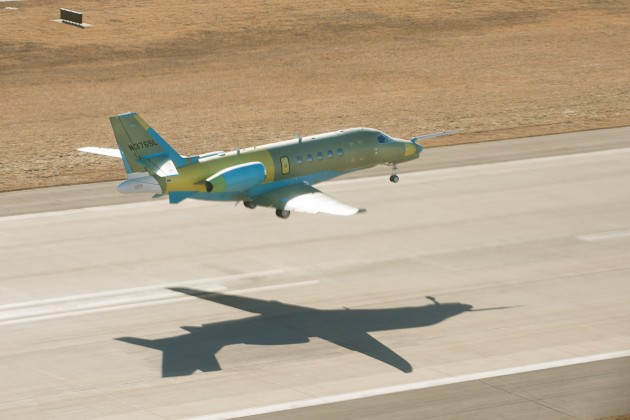 Brad Thress, Cessna senior vice president of Business Jets, says: “The successful maiden flight of the new Cessna Citation Latitude is a testament to the men and women at Cessna who continue to lead the industry by example. Cessna has certified 18 different aircraft during the past decade, and our expertise is unrivalled when it comes to delivering new aircraft to the marketplace. The Latitude team engineered a game-changing mid-sized jet in a very efficient and accelerated manner, using proven Cessna technologies and mature systems. The result is an aircraft with incredible operating efficiencies at an unmatched price point in this category of business jet.”

Dr. Royce Bowden, Dean of the College of Engineering at Wichita State University, said: “Cessna is a fantastic supporter of engineering excellence, and is clearly dedicated to developing and nurturing the pipeline of engineers for the aviation industry. Today’s opportunity provides students with a glimpse into the real-world results of engineering, and being able to watch the test flight develop first-hand is a unique experience.” 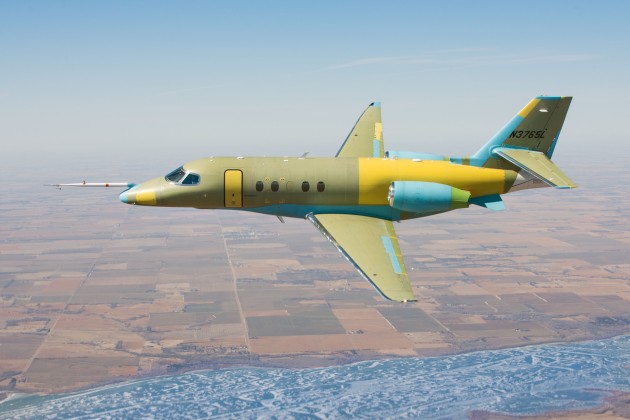 Cessna’s Citation Latitude will have the widest fuselage of any Citation jet, designed with a flat cabin floor and 6 ft (1.83m) of cabin height and a 2,500 nm (4,630 km) range. The two-pilot Latitude accommodates up to nine passengers, and can attain a flight level of 43,000 ft (13,106m) in just 23 minutes. The Citation Latitude is designed with a powerful new cabin cooling system, Garmin G5000 avionics and auto-throttle capabilities, an electronically-operated cabin door, and lower cabin altitudes for a more comfortable flight. The aircraft was announced at the National Business Aviation Association’s Business Aviation Convention and Exhibition (NBAA) in October 2011. Type certification for the Citation Latitude is expected in the second quarter of 2015.