Cessna Aircraft and Bell Helicopter parent company Textron reported third-quarter revenues of $2.8 billion yesterday, up 13.5 percent from last year, and profits of $236 million (up $124 million). At Cessna, third-quarter revenues climbed by $236 million to $771 million, while profits increased by $64 million, going from a $31 million loss last year to a positive $33 million this year. Cessna delivered 47 Citations in the quarter, almost doubling the 26 jets it shipped in the same period last year. However, Textron chairman and CEO Scott Donnelly acknowledged that Cessna made a deliberate attempt to even out deliveries between the third and fourth quarters, accounting for the higher deliveries in the third quarter while portending fewer (on a year-over-year basis) in the fourth. Cessna’s backlog at the end of the third quarter was $2.2 billion, down $359 million from the end of the second quarter, meaning that order intake is not keeping pace with deliveries. Meanwhile, Bell’s revenues rose by $69 million, to $894 million, in the quarter versus last year, while profits climbed by $37 million to $143 million. Bell delivered 26 civil helicopters in the quarter, versus 24 a year ago. Backlog at Bell fell by $588 million to $6.4 billion, though this was due to military deliveries and a correction to V-22 backlog. Donnelly said Bell civil order backlog is expected to be up for the year. 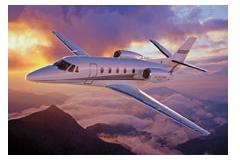