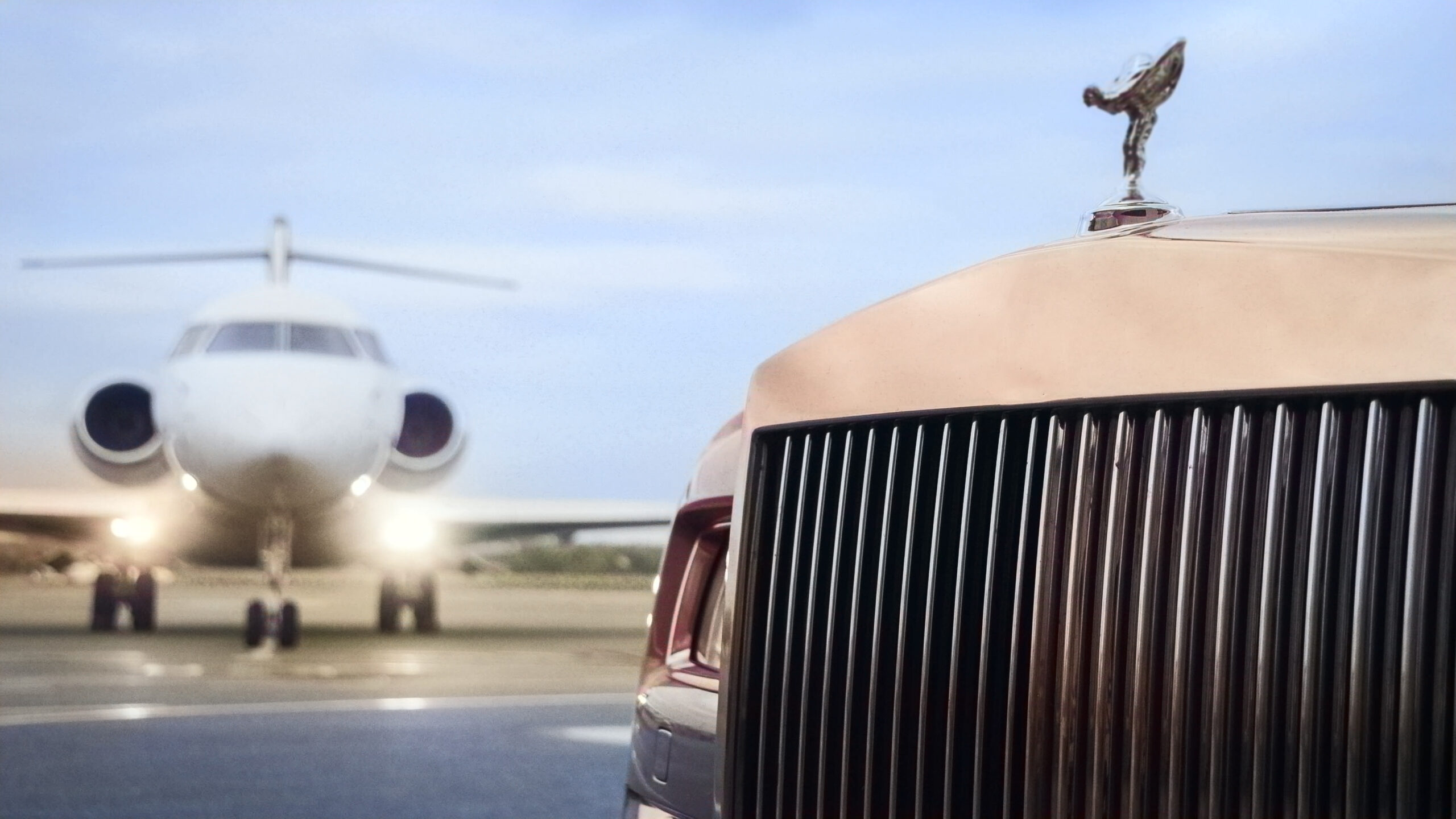 Celebrities lead charmed lives—the best seat in the house, adoring fans, and the ability to travel the world. But not all stars are created equal—some fly celebrity private jets , and some fly through dreaded commercial aviation. With JetOptions, you can enjoy the highest luxury available, celebrity or civilian, chartering your private plane to traverse the world.

Celebrity private jets come in all sizes and with delectable accommodations. For example. Everyone’s favorite fugitive, Harrison Ford, owns a Cessna 680 at $18 million. The actor is a pilot, flying this green nine-seater jet transcontinentally. Regrettably, the Indiana Jones star suffered two mishaps with his planes in Southern California, most recently in 2017 and in March 2015, when flying a two-seater plane that suffered engine failure. Ether time, he made an emergency landing on a runway and previously on a golf course. So you might say he used the force.

An opulent charter on the list of private celebrity jets belongs to Russian billionaire Roman Abramovich. With the paint job alone on this palatial Boeing 767-300 costing $76,000, the price of this big jet comes in at $83.6 million. Abramovich’s collection of luxuries owns the Chelsea Football Team, an art collection well worth over $100 million, and various aircraft. This jet includes the same missile avoidance system as Air Force One, seats 350, and consists of a luxury dining room and master bedrooms, a boardroom, and a large living room.

Celebrity Private Jets are Available to All at JetOptions

Which charter is one of the most celebrity private jets? The Bombardier Global Express XRS has a list of famed owners like Oprah Winfrey, Celine Dion, and Steven Spielberg. This $42 million jet has twin Rolls-Royce engines and can fly up to 16 hours without refueling. In addition, 14 passengers can fly across the globe surrounded by luxury fixtures. Another aviation enthusiast, Tony Robbins, owns his own Bombardier Global Express XRS, initially costing $60 million. This aircraft allows him to travel at high speed and perform at leading seminars for thousands of people. Robbins has been flying private for over two decades to maintain this schedule.

Leave it to premier funnyman Jim Carrey to up the ante of private celebrity jets. Flying on a Gulfstream V at a $59 million price tag, this jet accommodates 16 passengers. It looks like Jim got the last laugh.

Another Gulfstream owner is golf champion Tiger Woods, who owns the G550 costing $53 million. With the cabin designed with extended travel and luxury in mind, this jet flies nonstop for 12 hours and accommodates 18 passengers.

Soccer superstar David Beckham is a fan and owner of the Super-Mid Challenger 350 made by Bombardier. While the Kardashian sisters Kim and Kylie own and charter private jets , including the Global 7500.

An actor who loves aviation enough to own seven planes is John Travolta. The star owns a Boeing 707, Bombardier Challenger 601, Boeing 727, and three Gulfstream jets and is a certified pilot. Travolta even renovated his multi-million dollar home to accommodate his aircraft. Travolta customized the grounds to accommodate two customized runways for his jetson his property in Florida.

Fly on the same charter jets as the top celebrities at JetOptions Private Jets. Get a  private jet charter quote online, call JetOptions, or email us and get started today!