Europe’s business aviation activity continues to decline. The decrease is mainly due to the reduction of activity from Russia due to sanctions. The Pilatus PC-24 takes its first flight and Embraer first quarter sales are down.

France and Germany propped up the market, gaining up to 4%. However this was largely driven by Piston and Turboprop activity. Business jets flew 57% of all flights in Europe, with jet charters falling 3% YOY.

The recent growth trend in the UK came off in April, with a 1% slowdown. This was evident in diminished activity at Luton and Farnborough, although Biggin Hill was one of Europe´s faster growing airports for the month.

Collapse in business aviation activity in Eastern Europe and Russia continues, with flights inbound from the CIS down 26%. Flights from Europe to Russia were down 20% YOY, less than YTD -25% trend, so the impact may be bottoming out.

The renewed slowdown in activity is clearly not just related to the Eurozone periphery, as indicated by flight reductions in Italy, Spain, Switzerland, particularly Belgium. Mostly the drop came in AOC flights.

There were still some growth regions, notably Turkey, Czech Republic, also Austria where Charter increased 8% YOY. Inbound flights from North America were up 6%, from North Africa up 14%, from Asia-Pacific, up 18%.

Very light jet activity slumped in April, down 11% in flight hours, mostly due to fewer Owner flights. Overall, the light jet segment flew less, but there were strong gains for certain types, including CJ1 and Phenom 300.

Pilatus PC-24 Takes Off on Its Maiden Flight

The first ever PC-24 Super Versatile Jet took off on its maiden flight today at 10.00 local time from Buochs airport. Just under 1800 Pilatus staff, all of whom are directly or indirectly involved in the PC-24 project, were there to applaud the business jet as it taxied for takeoff. Prototype P01, call sign HB-VXA, flew across central Switzerland for a total of 55 minutes. The flight went exactly as planned with no problems whatsoever.

The PC-24 is capable of exceptional performance, and this maiden flight was a first opportunity to showcase some impressive credentials: the twin-engine business jet took off from runway 07 in just under 600 m and climbed to 10,000 feet (approx. 3000 m) in around three minutes, where the two pilots completed a series of meticulously planned tests. The maiden flight followed a route across central Switzerland – from Altdorf to Brünig via Engelberg. 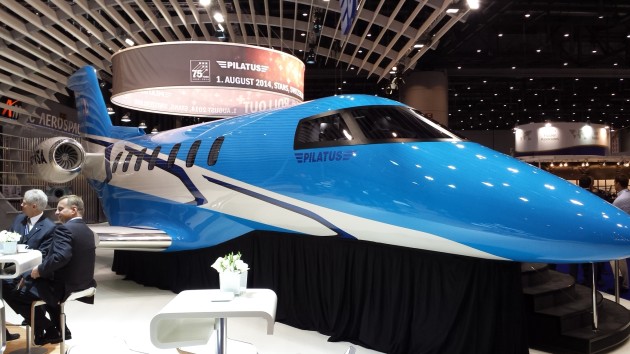 Test pilot Paul Mulcahy, who has some 11,000 hours under his belt, flew the PC-24 as pilot in command. He has already test flown countless aircraft types and has acquired a wealth of experience on twin-engine business jets. “Everything looks great so far! Beautiful handling – the PC-24 flies just as expected – a real Pilatus aircraft!”, reported our second experienced test pilot, Reto Aeschlimann, by radio from the cockpit.

Throughout the flight the PC-24 was accompanied and monitored by a PC-21. As is normal on maiden flights, the PC-24 landing gear was not retracted on this occasion. Twelve flight test engineers watched the flight from the ground as they kept an eye on a stream of real-time flight data received from the PC-24. Had the need arisen, these experts could have given the pilots crucial decision-making information: another means of ensuring the safest possible conditions for the entire maiden flight.

Deliveries and revenues at Embraer down in first quarter 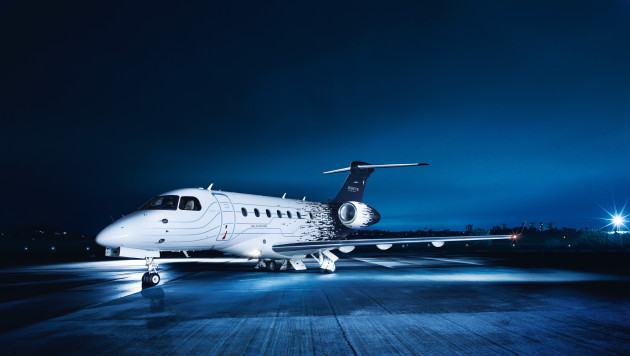 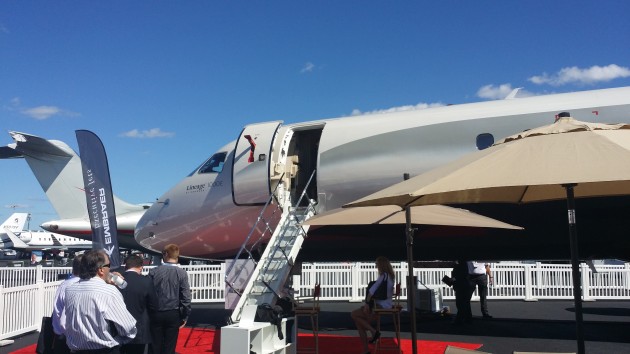 For additional information, please check the full document in their website: https://ri.embraer.com.br