Business Aircraft Flying Off To a Good Start in 2013

Business aircraft flying got off to a good–if not spectacular–start this year, increasing by 1.7 percent last month year-over-year, according to TraqPak data released late last week by aviation services company Argus. Part 135 activity rebounded by 13.5 percent from a year ago, marking its fourth consecutive monthly increase after nearly two years of turbulence in this market segment. Part 91 flying slipped last month by 2.4 percent from last January, while activity at the fractional providers dipped 6.3 percent. By aircraft category, midsize jet activity led the pack with 4.1-percent growth year-over-year, followed by light and large-cabin jets at 2.1 percent and 1.7 percent, respectively. Turboprop flying remained “essentially flat,” Argus said, dropping 0.5 percent from a year ago. In individual market segments, there were solid double-digit gains for Part 135 light and midsize jet flying, up from last year by 13.5 percent and 23.5 percent. Part 135 turboprops and large-cabin jets also posted high single-digit gains. Fractional light jets recorded the largest decline, falling 9.6 percent from a year ago. Argus TraqPak data provides “serial-number-specific aircraft arrival and departure information on all IFR flights in the U.S.” 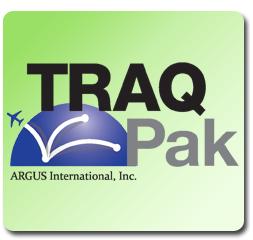