Bombardier Bizjet Deliveries and Earnings Up in 3Q

Bombardier Aerospace’s third-quarter revenues rose to $2.3 billion, up from $1.8 billion a year ago, thanks to more business jet deliveries and higher net selling prices, the Canadian aircraft manufacturer said in its quarterly financial report. Bombardier delivered 43 business jets in the quarter, compared with 31 in the same period last year. The Challenger 605 led the gains in deliveries, with 10 of the large cabin twinjets handed over in the third quarter versus just three in the same time frame last year. “Bombardier Aerospace has seen a good level of deliveries, and the backlog increased by 16 percent since the beginning of the year, proving the popularity of our families of aircraft especially in the large business jet category,” said Bombardier president and CEO Pierre Beaudoin, who added that, for the quarter, the business aircraft division tallied 30 orders versus 13 last year. For the first three quarters, Bombardier logged 150 business jet orders versus 33 in the first nine months of last year. In terms of backlog, the company claims six months for its Learjet family; 12 months for Challengers, which is below its target range of 15 to 18 months; and 34 months for its Global family, which exceeds its target range. 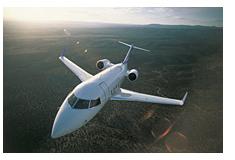