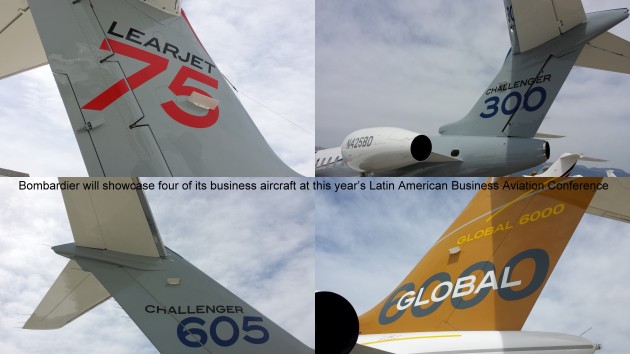 In response to a growing interest in business aircraft in Latin American countries, Bombardier Business Aircraft announced that it will showcase four of its business aircraft at this year’s Latin American Business Aviation Conference & Exhibition (LABACE) at Congonhas airport in Sao Paulo. Bombardier’s Learjet 75, Challenger 350, Challenger 605, and Global 6000 aircraft will be on display. The Challenger 350 jet, which recently entered service in June 2014, will debut in Brazil.

Brazilian aircraft manufacturer Embraer released second-quarter earnings in which revenues totaled $1761.3 million compared to $1557 million during the same quarter last year. This represents a growth of 13.1 percent due to a combination of higher commercial jet deliveries and significant growth in the defense and security segment, according to Embraer.

A world premiere took place on August 1st, on Swiss National Day when Pilatus Aircraft Ltd officially unveiled its first-ever PC-24 prototype. Some 25,000 spectators watched as the show took place at Buochs airfield in central Switzerland. The interest and attention which the event attracted were simply overwhelming! 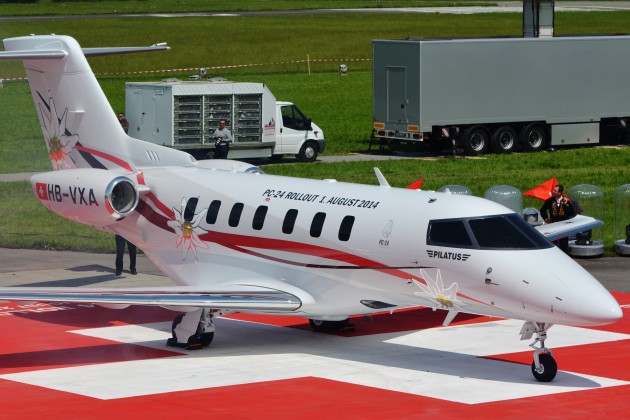 Typically, uniquely, unmistakeably – Pilatus! And so indeed was the presentation by Pilatus of its very first PC-24. The show got underway at 12.35 when a team of 24 horses, chosen to symbolize the number appearing in the PC-24 product name and its future mission profile as a ‘workhorse’, pulled the first prototype out of the production halls.

The E-Fan, an all-electric general aviation training aircraft developed by Airbus Group, was honored with the Personal Aircraft Design Academy (PADA) award at EAA’s 2014 AirVenture Oshkosh Airshow. The trophy is awarded each year by the Comparative Aircraft Flight Efficiency (CAFE), an organization that supports experimental aviation activities in order to promote the development of highly efficient aircraft.

The general aviation aircraft shipment report is out for the second quarter, and there is a reason to be encouraged. Overall airplane shipments increased 4.8 percent, while airplane billings rose 4.6 percent, to $10.9 billion, according to the General Aircraft Manufacturers Association (GAMA).

For the first six months of 2014, business jets led all categories of airplane shipments. They were up 12.4 percent—more than triple the number of piston-powered aircraft shipped—compared to the first half of 2013.

The question is can the industry can sustain the momentum over the longer term?