Business aviation is constantly evolving, and we always keep up to date with training, education, trends, and news about the industry to better serve our clients. Following are business aviation news articles and stories from around the world that grabbed our attention this week ending December 2nd, 2016. 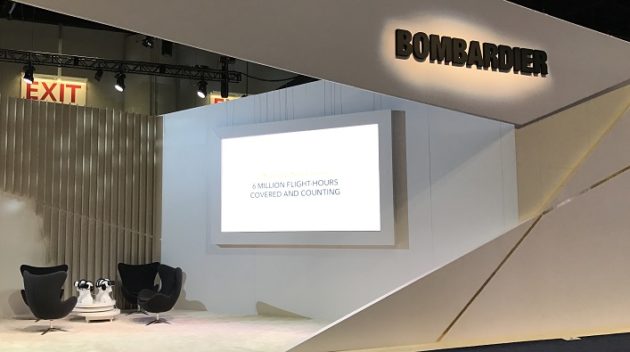 Bombardier Business Aircraft announced it would showcase its class-defining business aircraft at this year’s Middle East Business Aviation Association (MEBAA) show at Al Maktoum International airport in Dubai (UAE) on December 6-8, 2016. The company’s most advanced business jets will be on static display, including the Learjet 75, Challenger 650, Global 5000 and Global 6000 aircraft.“Once again we are delighted to participate in full force at MEBAA with our stellar line-up of business jets,” said Peter

“Once again we are pleased to participate in full force at MEBAA with our stellar line-up of business jets,” said Peter Likoray, Senior Vice President, Worldwide Sales, and Marketing, Bombardier Business Aircraft. “With a solid team and a fleet of more than 100 aircraft based in the Middle East, Bombardier is well-positioned to build on its current presence as a world-class provider of exceptional business aircraft in the region.“We expect the Middle East to remain a promising market for business aviation in the next ten years. Our market forecast predicts 350 deliveries valued at $12 billion over the next ten years, with Medium and Large category aircraft accounting for about 95 per cent of these deliveries,” he added. 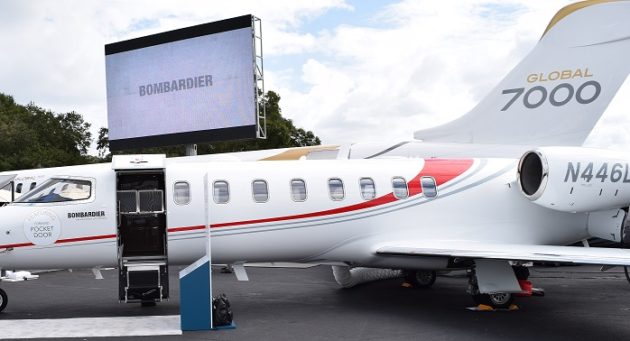 “We expect the Middle East to remain a promising market for business aviation in the next ten years. Our market forecast predicts 350 deliveries valued at $12 billion over the next ten years, with Medium and Large category aircraft accounting for about 95 per cent of these deliveries,” he added.
Bombardier continues to grow its leadership position in the business aviation industry with the most comprehensive product portfolio and a superior service worldwide that provides customers with an outstanding onboard experience.

Learjet 75 aircraft: As part of the pioneer Learjet family, the Learjet 75 aircraft continues to set the standard by bringing large jet features to the most trusted light jet platform. As the only business jet in its class to feature an eight-seat double-club configuration, a flat floor throughout the cabin, and a pocket door for reduced noise levels, the class-defining Learjet 75 aircraft offers the ultimate in comfort and privacy.

Along with the Bombardier Vision flight deck, its modern interior was designed for style and comfort and features a new cabin management system with individual touchscreen monitors and full audio and video control, LED lighting throughout the entire aircraft, and a generous baggage suite.

The Learjet 75 aircraft’s powerful engines and new winglet design enable it to cruise at a speed of Mach 0.81* and climb to an impressive operating ceiling of 51,000 feet (15,545 m).* The Learjet 75 can also achieve an exceptional range capability greater than 2,000 NM (3,704 km),* and can fly four passengers and two crew members non-stop from Dubai to Istanbul.*

Continue reading about the Bombardier showcase at MEBAA on Bombardier.com->

If the Middle East’s business aviation market has peaked, nobody appears to have told the region’s two big charter players. Both Qatar Executive and Abu Dhabi’s Royal Jet have been investing heavily in metal. Royal Jet – the world’s largest Boeing Business Jets operator – has just put into service its seventh new 737-based BBJ. Its “twin” – also configured with 34-seats – was due to take Royal Jet’s BBJ fleet to eight at the end of November.

Meanwhile, in March this year, Doha-based Qatar Executive took delivery of its third Gulfstream G650ER – it has three more of the ultra-long-range flagship on order, together with up to 24 G500s and G600s. The commitment – firmed up and extended at last year’s EBACE business aviation show in Geneva – should by the early 2020s make the offshoot of the national airline the region’s biggest charter operator.

The Middle Eastern charter market remains a relatively young phenomenon. It did not exist before the emergence of Royal Jet from 2003. Royal Jet was then joined by several other high-profile brands and some third-party management companies offering charter services. While Qatar Executive entered the fray in 2009, subsequent years saw the demise of some players, including Abu Dhabi’s Prestige Jet and Rizon Jet of Qatar, as well as several smaller entrants.

As with many markets, eager entrepreneurs followed the pioneers, but only a handful have had the financial backing or robust business model to survive upsets such as the 2009 Dubai debt crisis or the current low oil price. “A lot of people were sold a dream that was far from reality,” says Paras Dhamecha, executive director of Empire Aviation Group, a Dubai-based aircraft management company that has continued to thrive.

Continue reading about the Middle East Charter Market on FlightGlobal.com-> 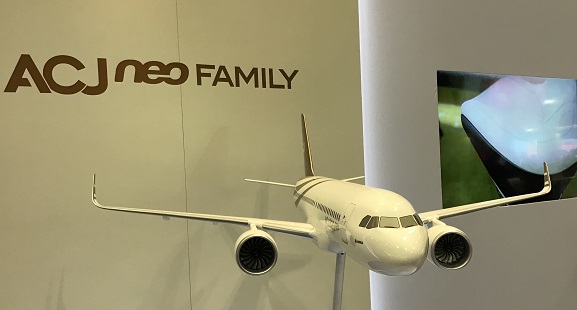 A decade ago, some people scoffed when Embraer announced its intention to create a complete line of business airplanes, from entry-level jets to behemoth biz liners, especially when the total of the company’s business aviation experience to that point had been creating the Legacy 600 from the ERJ-135 regional jet. But once the Phenom series of light jets — the 100 and the 300 models, both capable of operation with a single pilot — appeared, people began paying much closer attention to what the Brazilian company was creating. By the end of 2014, the Phenom 300 had become the most delivered business jet in the world and earned the same honor again in 2015. By then, nobody was scoffing anymore.

In April 2008, Embraer announced another series of jets designed to neatly fit between the Phenom 300 and the Legacy 600/650. The company again surprised some observers when it revealed that the new airplanes, called the Legacy 450 and the 500, would be completely fly-by-wire machines, something unheard of in the midsize jet category. Also, the two new aircraft are so similar that only the sharpest eyes will notice the Legacy 500 is a slightly longer cabin version of the 450. The Legacy 450’s first flight in December 2013 came about a year after the 500 first took to the sky. By mid-2016 the company had delivered 31 Legacy 500s and three 450s.

When the mid-light Legacy 450, as Embraer calls it, was being engineered, the expected range stood at approximately 2,300 nm with four passengers on board. By the time the 450 was officially announced at the 2013 NBAA Convention in Las Vegas, the airplane’s range had climbed to 2,500 nm after a slight increase in engine thrust. When Flying evaluated the 450 at the company’s Melbourne, Florida, production facility recently, test pilots had already proven the machine capable of flying nearly 2,600 nm with the same load. Then, just to keep things interesting, Embraer recently announced another range boost to just over 2,900 nm, with a 329 nm reserve and no payload changes thanks to some minor wing alterations that made room for more fuel. Not wanting early-delivery 450 owners to be left behind (since the first aircraft left the factory in December 2015), the mod was announced as retrofittable at no cost.

Continue reading this article about the Legacy 450 on Flyingmag.com->

Wealthy foreign homeowners in St Tropez are fuming over new rules that prevent private jets from a host of countries, including Britain, from using the glitzy French resort’s local airport.

Under new regulations, jets flying from countries outside of Europe’s passport-free Schengen zone are no longer able to land at the La Mole St Tropez airstrip. 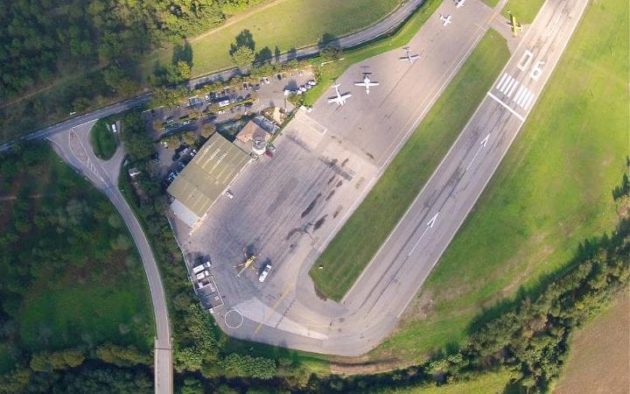 This has affected travelers from the UK, Russia and the Middle East among others, whose planes account for almost a third of flights to and from the Riviera town.
The resort is a frequent location for stars from Leonardo DiCaprio to George Clooney and Bono and Liam Neeson.

Local businesses and officials are up in arms over the consequences of stripping St Tropez’s customs status via a European directive, meaning it, along with a dozen or so other small airports, can no longer serve as a border entry point for such private or business jets.

Other airports, including the upper-crust Alpine ski resort of Courchevel, lost their right to receive non-Schengen flights three years ago. Cédric Lescop, head of private aircraft company Jetfly said: “I have angry customers who bought homes for five to 25 million euros and don’t understand.