Bombardier Aerospace’s revenues in the second quarter were flat year-over-year at about $2.3 billion, with more than half of these revenues–$1.259 billion–coming from its business aircraft division. Pre-tax earnings at the company rose by $8 million, to $107 million, while its backlog as of June 30 climbed to $33.4 billion, up from $32.9 billion at the end of last year. Bombardier Business Aircraft delivered 45 jets during the quarter (four Learjet 60XRs, 16 Challenger 300s, 11 Challenger 605s and 14 Global 5000/6000s), just one fewer than last year (three Learjet 40XR/45XRs, three Learjet 60XRs, 13 Challenger 300s, 12 Challenger 605s, one Challenger 850 and 14 Global 5000/6000s). The Canadian aircraft manufacturer has ceased deliveries of Learjet 40XR/45XRs as it prepares to start shipments of successor models–the Learjet 70 and 75–in the fourth quarter, a schedule it said is on track. Bombardier’s book-to-bill ratio for business jets was slightly above 1:1 in the second quarter, as net orders outpaced deliveries by two aircraft, at 47. Backlog for Learjets is currently at 11 months of production, above the six- to nine-month target range; Challengers are at 22 months, above the 15- to 18-month target; and Globals are at 32 months, above the 24- to 30-month range. Bombardier expects to deliver 190 business jets this year. 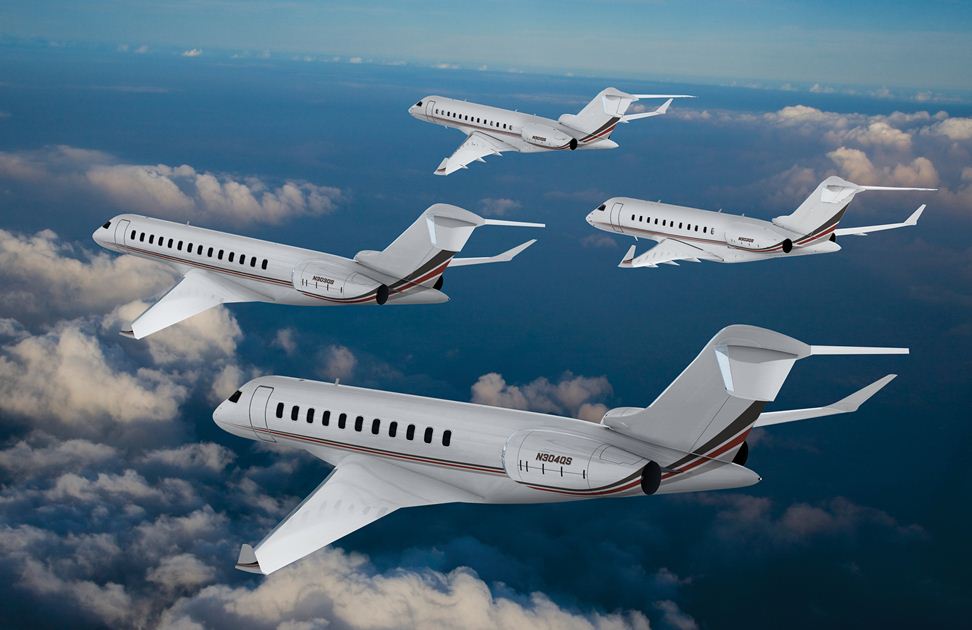