The planemaker is celebrating the one-year anniversary of certification of the 787 this weekend. On Aug. 26, 2011, both the FAA and EASA granted type certificates for the all-new jetliner. In addition, the FAA added the 787 to the Boeing production certificate. “Receiving those documents marked a real turning point for the 787 program and was an historic milestone for The Boeing Company,” said Larry Loftis, vice president and general manager of the 787 program. “Certification demonstrated that the airplane met the all requirements for commercial operations, that we had completed the most rigorous test program in our history and that the Dreamliner was ready to enter revenue service.”

To date, 17 787s have been delivered to airlines and the program has more than 800 unfilled orders with 58 customers worldwide. The in-service airplanes are performing as expected with dispatch reliability ratings equal to previous new Boeing models including the 777.

“We are always mindful of the sacrifices made and the great talent applied to achieve the challenging goals we put in front of the team,” said Loftis. “From concept, to design, to build to testing – it took tens of thousands of men and women from around the world focusing on a single goal to earn those certifications.”

One month after certification, the company delivered the first 787 to launch customer ANA. One month later, the airplane entered revenue service. 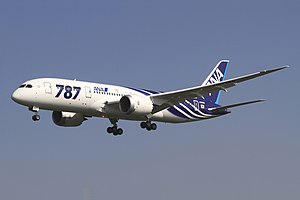