Boeing Launches the 787-10, Its Largest Dreamliner at Paris Air Show

Appearing yesterday with Boeing CEO Jim McNerney and Boeing Commercial Airplanes CEO Ray Conner, Air Lease boss Steven Udvar Hazy commended the manufacturer for its work on the maximum takeoff weight and range of the airplane, set now at 553,000 pounds and 7,000 nm. “Our concern was that if the maximum takeoff weight was the same as the -9, the range would be a little bit restricted,” said Hazy. “We’ve been able to work out an arrangement where the [engine] thrust would be increased and Boeing is coming out with some changes to the airplane that would strengthen the structure in some key areas, and as a result the takeoff weight for our airplanes will be a little bit higher than the -9.”

Air Lease’s most recent order, which Hazy said he would sign in the coming weeks, covers 30 787-10s as well as another three 787-9s, increasing its order count for the -9 to 15. He said first delivery is anticipated in mid-2019. United’s contract for 20 787-10s, the first of which Boeing plans to deliver in 2018, includes an “incremental” order for 10 airplanes and a conversion of 10 existing -9 orders, and raises its total order count to 65 Dreamliners. Gecas has committed to 10 airplanes, British Airways 12 and Singapore Airlines 30.

Under study by Boeing for at least two years, the -10 has already reached a considerable level of maturity, given the manufacturer’s work with international partners and several customers on the design ahead of yesterday’s launch. A pair of fuselage plugs–one toward the front of the fuselage and one near the rear–extends the 787-9’s fuselage by 18 feet, allowing for a 15 percent increase in passenger capacity, enough for 40 passengers. According to Boeing, the standard 7,000 nm range of the -10 covers more than 90 percent of the world’s twin-aisle routes while seating between 300 and 330 passengers, depending on interior configuration.

Speaking before the launch announcement yesterday, Boeing Commercial Airplanes v-p of airplane development Scott Fancher attempted to discredit the popular notion that so-called double stretch airplanes don’t succeed in the market. “It kind of depends on what you are stretching and to where,” he said. This airplane’s 7,000 nautical mile range covers more than 90 percent of the widebody routes operated by airlines around the world, and does it with efficiencies up to 25 to 30 percent better than the in-service competition (A350 excepted). “That sounds like a double stretch that’s going to work to me,” concluded Fancher. 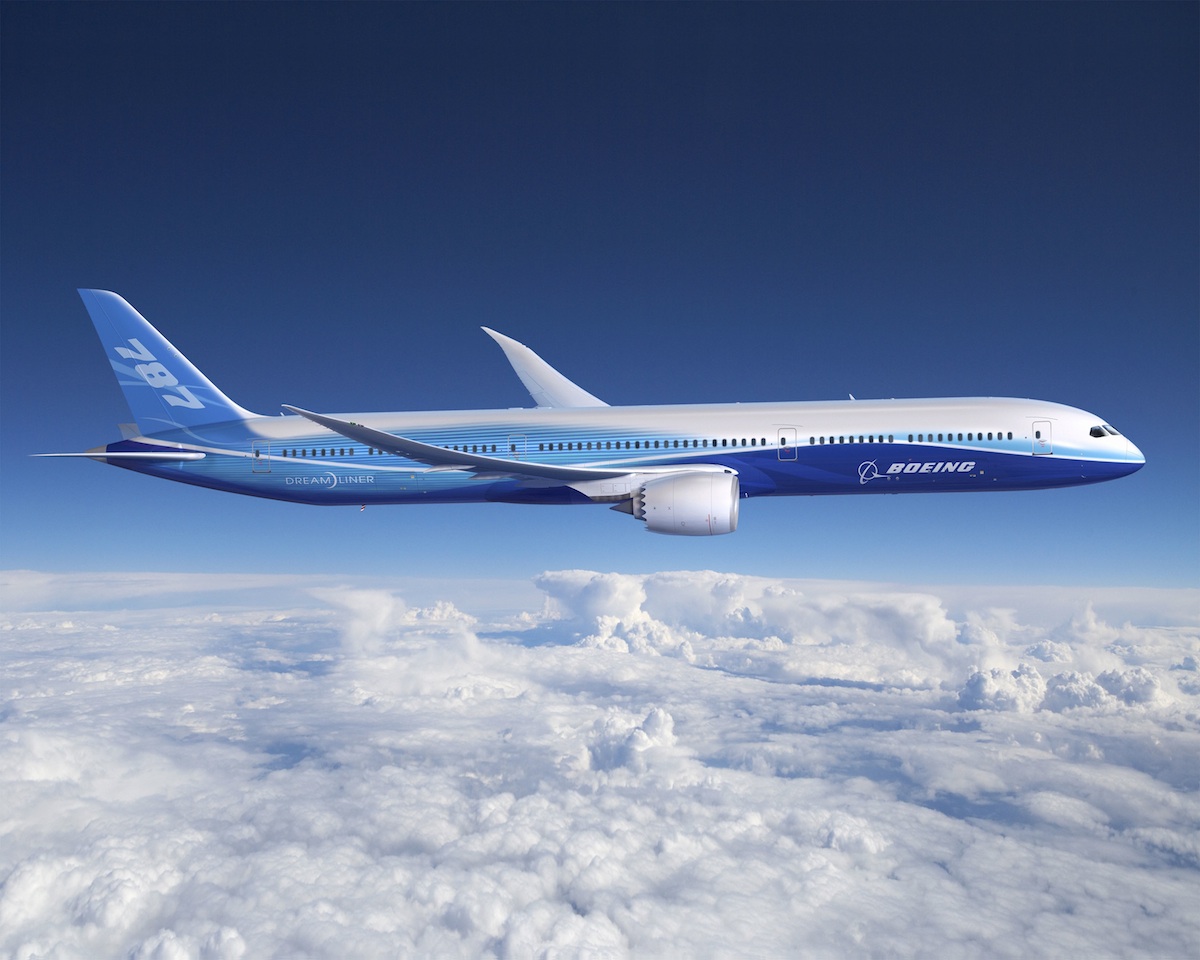