Charter broker BlackJet has suspended per-seat bookings while it seeks capital to launch would-be signature charter service, CEO Dean Rotchin told Aviation International News. BlackJet, the rebranded and remodeled Greenjet per-seat charter provider that sold seats on business jet flights between Florida and the U.S. Northeast, intends to replicate its predecessor’s membership-based service on a transcontinental scale, with a seat for a coast-to-coast flight costing about $3,500. Its iOS app promises simplified charter bookings, which the West Palm Beach, Fla. company hopes will transform it into an aviation version of California’s popular Uber Technologies town car service. Rotchin said chairman Shervin Pishevar, the Silicon Valley entrepreneur who spearheaded Greenjet’s relaunch under the BlackJet moniker in September last year, has left the company, but “the rest of the board members are still on board.” Rotchin declined to specify fundraising goals or a timetable. BlackJet is continuing to take membership applications but “there’s a giant line [of prospective members] in queue that have not been approved, because we don’t have the capital to provide seats for them,” Rotchin said. “We need capital.” He said BlackJet had provided about 2,000 per-seat bookings before suspending this service. 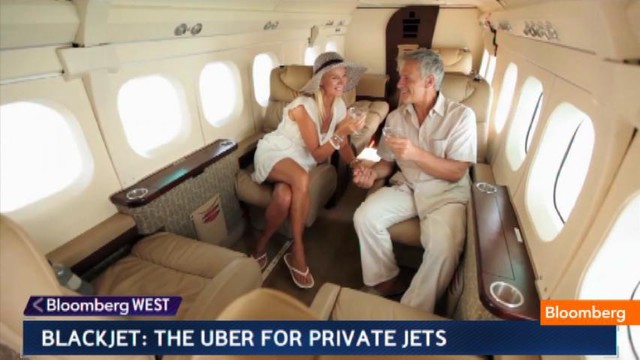 There is also another article about Blackjet on ValleyWag:

Of all the “Uber for __” propositions, the splashiest by far was Blackjet, the app that purports to help wealthy users book seats on private jets (for a $2,500 annual membership fee). When it launched last October, the company touted A-list Hollywood investors like Ashton Kutcher, Jay Z, and Will Smith, not to mention connections to successful—or successful-seeming—companies like Uber. But sources tell Valleywag that Blackjet is in a tailspin—out of cash, unable to raise funds, and “basically over.” Another source said: “They are fucked.”

The idea behind Blackjet was that, after ponying up that hefty membership fee, users would be able to seamlessly book seats on a private jet wherever they needed to go “in 10 seconds, with guaranteed availability,” as the web site puts it. Like Uber, the company operates as a middleman, taking a cut of the proceeds for building an automated interface to fill empty seats. It doesn’t own any jets or employ any pilots, but rather establishes relationships with private carriers.

Just over a year after launching, though, the only customer review on Blackjet’s iPhone app called the service “horrible,” complaining about the one month approval process after paying the $2,500 fee: “I’ve had less hassle getting into the White House (and I’m not kidding about that).” A source told Valleywag that Blackjet members haven’t been able to book seats for the past two months.

Blackjet’s trajectory illustrates the folly of throwing money at deceptively simple pitches like “[name of hot company] for [completely unrelated application].” After all, the aviation industry and the black car and taxi markets only look similar on a pitch deck.

As always, if you want to charter private aircraft at the best rate and with excellent service, call JetOptions VP of Jet Charter Sales Gus Lira at 888-535-9538 or email him a request at [email protected] 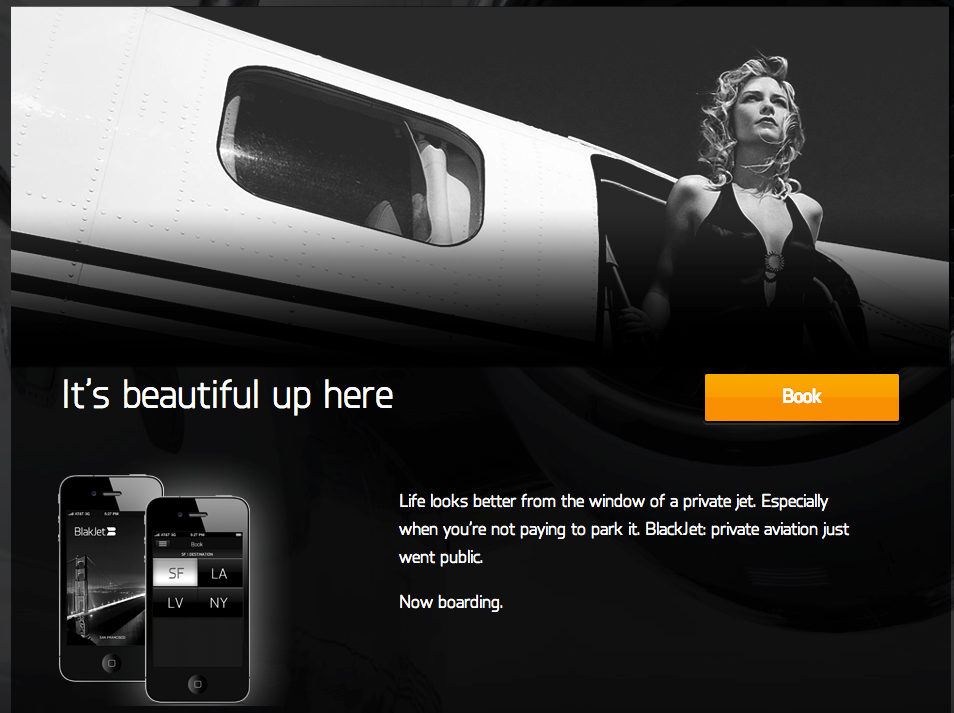