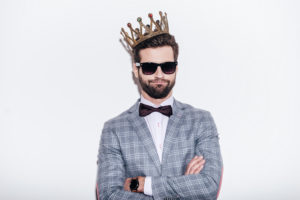 Billionaires and millionaires enjoy lavish lifestyles. They indulge in the best of all worlds, including travel. Many of these personalities use the best private jet charter to travel in luxury. With JetOptions, you can traverse the globe in the same fashion as billionaires, celebrities, and royalty.

Saudi Arabian Prince Al-Waleed bin Talal forked out $300 million for the Airbus A380. Sometimes called the ‘flying palace’ or ‘kingdom in the sky, this is at the top of the best private jet charter list. Listing originally for $390 million, the Prince was able to negotiate down the price of this enormous plane. Boasting 5,000 square feet with the ability to carry 525 to 800 people, this behemoth cruises at 560 miles per hour and has the second-longest nonstop scheduled flight range in the world. After purchase, Prince Al-Waleed bin Talal fell in value, and the prince sought to resell the plane. During that time, Alwaleed had to pay a $10 million penalty to delay the delivery of the A380. The Prince already has a Boeing 747, which accommodates 400 people, a dining table for 14, and a throne, of course in a best private jet charter.

The Sultan of Brunei Hassanal Bolkiah is no stranger to extravagant expenses with his best private jet charter, the Boeing 747-430. With the ability to house 200 passengers, including extensive gold and crystal detailing, a separate remote desk, a living room, and a bedroom.

Fly the Whole Team or Just the Family

The Boeing 767-277 is one of the best private charter aircraft and belongs to Mark Cuban. The owner of the Dallas Mavericks basketball team and series regular on ABC’s Shark Tank, this jet-setter is worth $3.2 billion, earning top dollar during the dot-com boom through a company called Audionet, which was sold to Yahoo for $5.9 billion. The Boeing is worth $140 million and includes custom seats to accommodate Mavericks’ tall basketball players.

Taylor Swift was the owner of multiple Dassault Falcons and still flies in her custom 900LX. Tyler Perry, award-winning director, producer, actor, and playwright, owned a Gulfstream III. Customized by Mr. Perry, the  ‘flying theater’ featured a 42-inch LCD screen, Satellite TV, and theater lighting. This custom private jet was worth upwards of $37 million, with a complete kitchen and conference room. In his new jet, an Embraer Lineage 1000, you can watch any of Perry’s Madea films that have earned him a net worth of $400 million.

Use the best private jet charter to travel like royalty with JetOptions Private Jets. Call or email us for booking today.