The King Air is the best-selling business aircraft family in the world with nearly 7,200 King Airs delivered and a worldwide fleet having surpassed 60 million flight hours.“The significance of that first flight 50 years ago cannot be overstated, nor can the work of Beechcrafters over the past five decades to turn that one model into the legendary King Air brand,” said Bill Boisture, CEO of Beechcraft. “The King Air captures more than 50 percent of the worldwide business turboprop market each year because we’ve continued to innovate and build upon its foundation with the latest advancements in technology, durability, utility and comfort. Today’s celebration launches a year-long commemoration of the King Air legacy that began in earnest with the first flight of that first prototype.”

Company pilots flew the first official flight of the conforming prototype of the King Air Model 90 on Jan. 20, 1964. Thousands of spectators – including employees, Wichita residents and local and state dignitaries – watched as the aircraft took off from Beech Field to begin an FAA-approved accelerated flight test program. With five aircraft in the test program, the King Air received type certification from the FAA four months later on May 27. First customer deliveries began in July.

Monday’s three ship 50th Anniversary flight included the King Air C90GTx, based on the original Model 90 design, as well as the King Air 250 and the flagship King Air 350i. Compared to the original Model 90, today’s King Air C90GTx cruises 60 knots faster, lifts 1,485 pounds more payload, and navigates with the latest satellite and datalink technology – all while preserving the legendary smooth flying characteristics that King Airs are known for.

King Airs, which operate in all branches of the U.S. military, serve a variety of missions ranging from traditional transport of personnel and high-value cargo, to electronic and imagery surveillance, air ambulance, airway calibration, photographic mapping, training and weather modification. 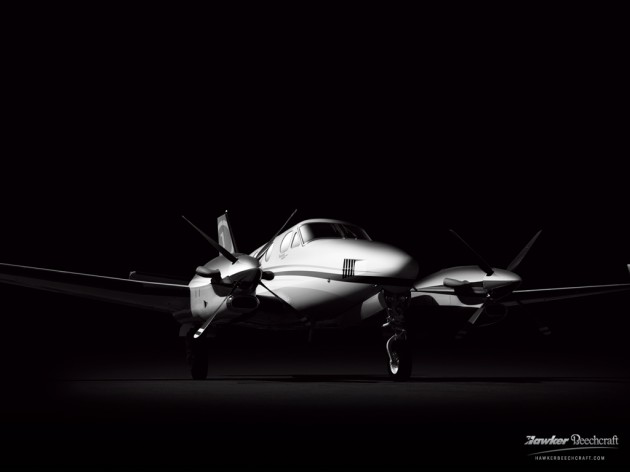 Beechcraft designs, builds and supports versatile and globally renowned aircraft, including the King Air turboprops, piston-engine Baron and Bonanza, and the T-6 trainer and AT-6 light attack military aircraft. Its 5,400 highly skilled employees are focused on continuously improving the company’s products and services which are sold to individuals, businesses and governments worldwide. In business since 1932, Beechcraft has built more than 54,000 aircraft and more than 36,000 continue flying today. It leads the industry with a global network of more than 90 factory-owned and authorized service centers. The company’s headquarters and major manufacturing facilities are located in Wichita, Kan. For more information, visit beechcraft.com or follow us on Twitter @Beechcraft.