Australian Safety Board: iPhone Fire Due To Improper Repair

The case of an Apple iPhone spontaneously combusting while an Australian Regional Express Saab 340B was taxiing to the gate at Sydney was due to an improper repair, according to a report from the Australian Transport Safety Bureau (ATSB). The news spread rapidly around the world after the incident on Nov. 25, 2011, fueling fears of thermal runaway in mobile devices powered by lithium-ion batteries. According to the ATSB, a cabin crewmember “noticed smoke originating from near passenger seat 3A and instructed the passenger in that seat to throw the source of the smoke into the aisle. The crewmember then discharged the fire extinguisher onto what was later identified as a mobile telephone. After several minutes, the smoke cleared.” Investigative firm Exponent, overseen by the FAA, found that a misplaced screw was left in the iPhone’s battery bay, damaging the battery and causing a short-circuit that then caused thermal runaway. A non-Apple-authorized facility had made a repair to replace a broken screen. While the ATSB recommends not carrying lithium-ion-powered mobile devices in checked luggage, it also found that “there is no previous record in the ATSB’s databases of self-ignition involving mobile telephones or other portable electronic devices on an aircraft in Australia.” 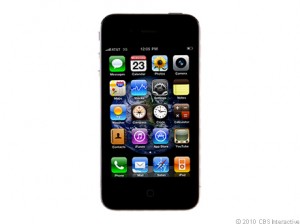