Arizona celebrated Aviation Day on Tuesday, Jan. 15, a day set aside by Gov. Jan Brewer for recognition of the aviation industry. Her proclamation was issued the same day industry supporters gathered at the state capitol to educate legislators on the importance of aviation.

The official designation makes Arizona the 47th state to recognize the importance of aviation since the launch of the No Plane No Gain campaign in 2009. Only California, Hawaii and Oregon have yet to issue such official recognition.

Arizona is the nation’s sixth-largest state by land area, and businesses rely on the 58 publicly owned airports, 14 Native America airports, which primarily play a role in medical evacuations, and 11 privately owned airports in the state. In addition, Arizona has more than 300 private-landing areas in the state, many available for use by business aircraft with prior permission.

Governor Brewer’s declaration recognized aviation as ”a critical element of Arizona’s overall transportation system.” The aviation industry, she said, has an estimated $58 billion annual impact on the state’s economy.”(It also) plays a vital role in the State’s response to emergencies and natural disasters,” Brewer said in her proclamation. GA aircraft are typically used to support law enforcement, medical evacuation from accident sites and medical transport, disaster relief, firefighting and other public safety activities.

The proclamation also noted that Arizona has more than 6,500 registered GA aircraft; projections call for more than a 30-percent increase in that number over the next 20 years. At last count, there were almost 18,000 licensed pilots in the state.

More than 90 percent of U.S. states have officially recognized the value of all general aviation, including business aviation, with all proclamations including at least some of the basic tenets of the No Plane No Gain campaign. 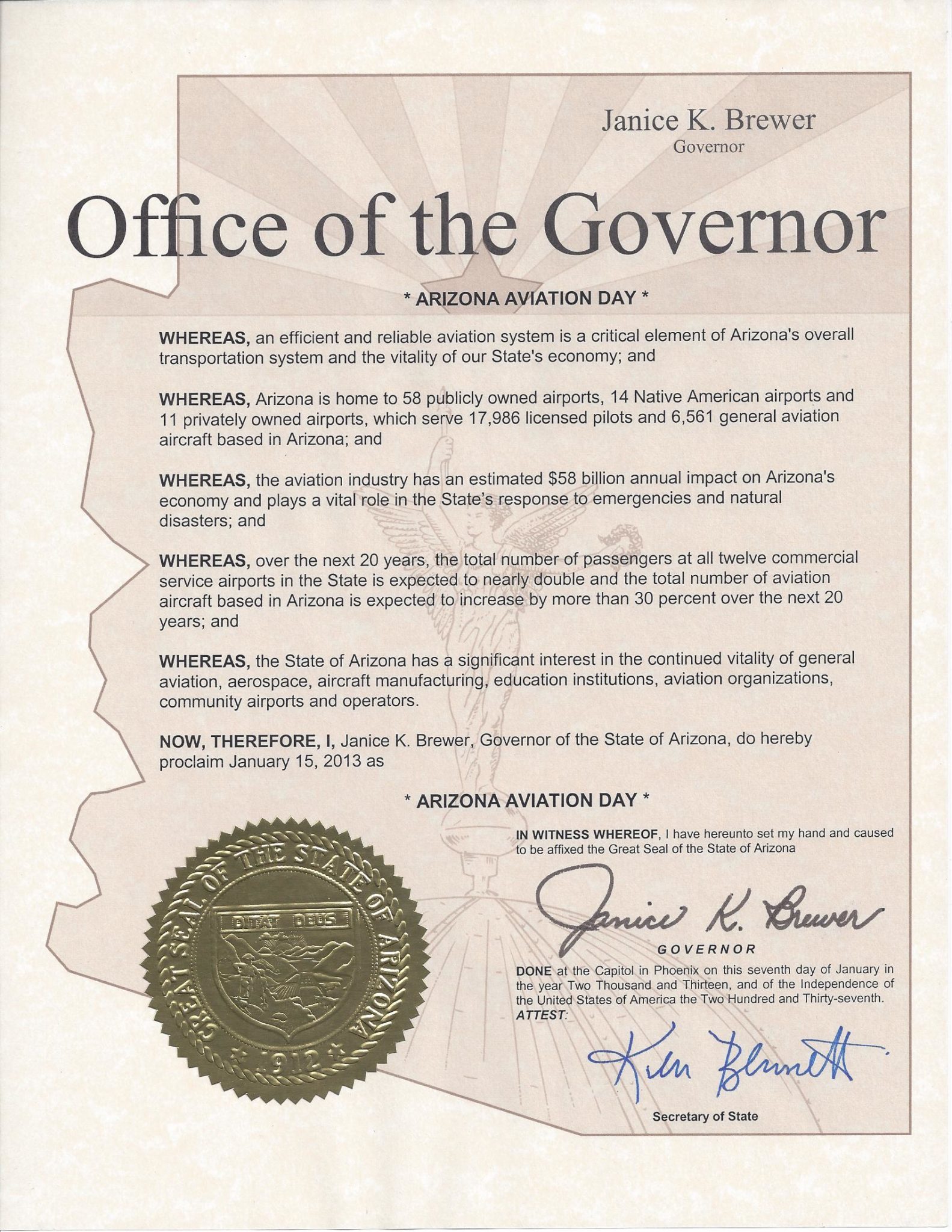