Another Important Reason for Private Jet Charter with JetOptions 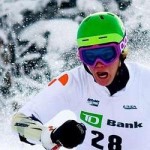 You have enough reasons why chartering a private jet is the way to travel: you save time, avoid TSA hassles, no baggage limits, access to thousands of airports, flexibility, safety, and more. Now there is another one (and this one might trump them all): To avoid being urinated on! Yesterday Robert “Sandy” Vietze was detained by police at New York’s Kennedy airport on Wednesday morning, after arriving on a red-eye flight from Portland, Oregon. He was accused of getting drunk and then urinating on a fellow passenger aboard a JetBlue flight to New York City. A Port Authority police department detective wrote in court documents that Vietze told him he had consumed five or six beers and two rum and cola cocktails before boarding the flight. He said he passed out in his seat and awoke to find himself being yelled at by the father of a 12-year-old girl. The girl’s father told the detective that when he returned from a trip to the bathroom at 2.30am, he found Vietze urinating on his daughter. The man described Vietze as “out of it”. Read the full story here. Just one more important reason to charter a private jet with JetOptions.