Airbus Takes Aim at the Billionaire Club, Bombardier, Embraer and Gulfstream at LABACE and MORE

The Embraer Legacy 500 executive jet, which is currently showing at LABACE, now has type certification from the Brazilian Civil Aviation Agency. It was one of the few remaining milestones before the manufacturer begins deliveries to customers. The next major mile marker will be FAA (Federal Aviation Administration) certification within a matter of weeks, followed by certification by the European Aviation Safety Agency.

Production is under way, with the first delivery scheduled for September. Up to six aircraft will be produced in 2014, and production will ramp up throughout next year.

Bombardier is making a strong appearance at the LABACE show with four of its aircraft in the static display at São Paulo’s Congonhas Airport, spanning the entire gamut of the private jet market. 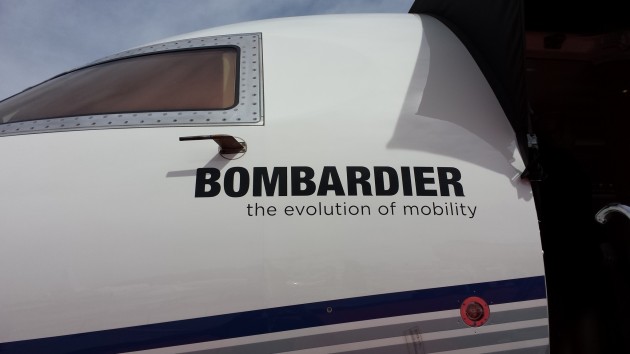 Making its Brazilian debut as well as its first airshow appearance since receiving FAA certification in June, is the Canadian airframer’s Challenger 350 super midsize. An improvement on the Challenger 300, the nine-passenger twinjet offers 3,200-nm (5,926-km) range based on its greater fuel capacity, capable of linking São Paulo with San Juan. It has a new wing with canted winglets, and a higher maximum takeoff weight of 40,600 pounds. Following the show, the twinjet will embark on a regional tour with additional stops in Brazil and Guatemala.

Airbus Corporate Jets doesn’t do small business jets. The entry level into the ACJ world is the ACJ318, based on the 100-plus-seat A318 airliner. The top end of the range reaches right up to the ACJ380 based on the world’s largest commercial aircraft. And such aircraft do not come cheap, especially when outfitted to a luxurious standard. According to the annual Buyer’s Guide produced by AIN sister publication Business Jet Traveler, even the popular single-aisle ACJ319 will set you back around $87 million. 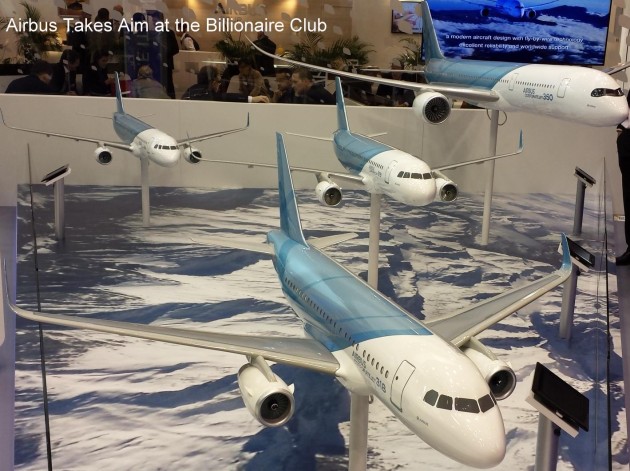 Gulfstream opened this year’s Latin American Business Aviation Exhibition & Conference (LABACE) by noting “remarkable growth” in the region’s bizjet market. The business jet manufacturer opened the conference by announcing its fleet in Latin America has grown by nearly 70 percent since 2009. The company has its in-production fleet — the Gulfstream G650, G550, G450, G280, and G150 — at the annual air show in Sao Paulo. 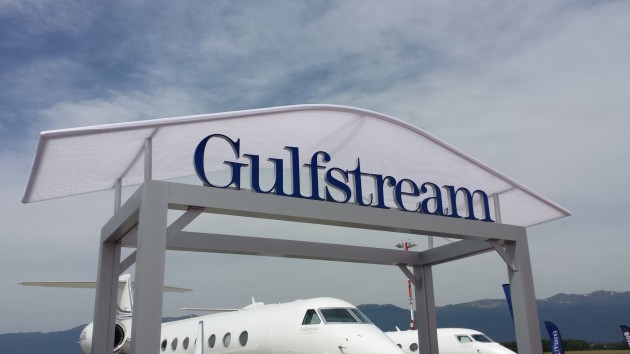 The 10th anniversary of the G450 certification by the FAA:

It's the 10th anniversary of the G450 certification by the #FAA. More than 300 G450s are flying the skies today. pic.twitter.com/IQ4i1lnwR7