Airbus and Aerion have agreed to exchange knowledge and capabilities in design, manufacturing and certification on technologies associated with the future of high-performance flight. Under the agreement, Airbus, through its defense and space division, will provide technical and certification support to advance the development and commercialization of the Aerion AS2 supersonic business jet. The collaboration will include the assignment of senior Airbus Defence and Space engineering staff to Aerion’s engineering offices in Reno, Nev. 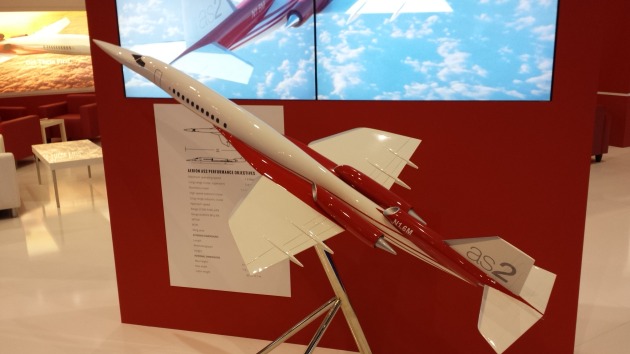 The certification campaign at Daocheng, situated in China’s Sichuan province at an altitude of 14,470 ft (4,411 m), was initiated at the request of Chinese customers and is intended to meet demand in Western China for business jets capable of operating at the many small high altitude airports in the region.

The campaign, which began on August 25 and concluded on September 7, enjoyed strong support from the European and Chinese civil aviation authorities EASA and CAAC.

Daocheng flight tests started after a series of preliminary flights at Jiuzhai Huang Long Airport near Chengdu (altitude 11,311 ft/3,448 m) with a CAAC pilot at the controls. After an initial landing at Daocheng – the highest ever by a business jet – the 7X performed engines/APU run up followed by a series of takeoffs and landings including some with simulated engine failure. Once finalized, the approval will permit the Falcon 7X to operate at altitudes up to 15,000 ft.